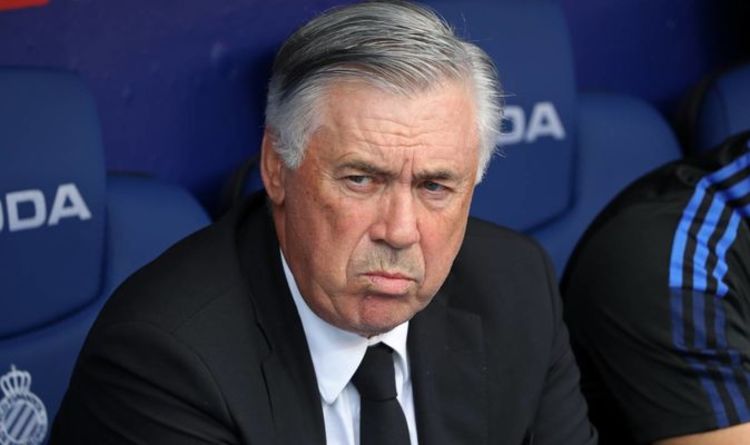 Real Madrid have Antonio Rudiger in their sights this summer with his contract set to expire at Chelsea. A free transfer is on the cards with Carlo Ancelotti concerned about his defensive options.

Real Madrid saw their defence ransacked in the summer with Sergio Ramos and Raphael Varane both leaving in different circumstances.

Ramos called time on his 16-year stay at the Bernabeu to join Paris Saint-Germain whereas Varane moved to Manchester United for around £40m.

The Frenchman had told Real that he planned on leaving with his contract set to expire the following year, leaving them with little choice but to sell.

Eder Militao and Nacho have been used as Ancelotti’s preferred duo at the back.

But their deficiencies were brutally exposed in Real’s last two matches after defeats to Espanyol in La Liga and to Sheriff Tiraspol in the Champions League - one of the biggest shocks of European history.

It has led to Real scouring the bargain bin for a top defensive addition and there are not many options that Rudiger - who could be on his way out at Chelsea.

The Germany international has been a sensation since the arrival of Thomas Tuchel and helped lead the Blues to a Champions League title.

However, his contract will expire in the summer and the club have yet to find an agreement over a renewal.

According to ABC, Rudiger is believed to be looking at the next step in his career after four years at Chelsea where he has achieved his main goal.

It is, therefore, not a question of money with Madrid being a suitable level up for the defender.

Real have already worked wonders in the free transfer market after signing David Alaba from Bayern Munich last summer for nothing.

Antonio Rudiger could leave Chelsea at the end of the season (Image: getty)

And Rudiger could be the next to solve Ancelotti’s problematic area in central defence.

It would also help Los Blancos in their pursuit of Kylian Mbappe, who will be out of contract at the end of the season as well but will expectedly cost a bomb through signing-on fees.

However, Paris Saint-Germain remain confident that the striker will sign a new deal with them - whether than be long-term or short-term.