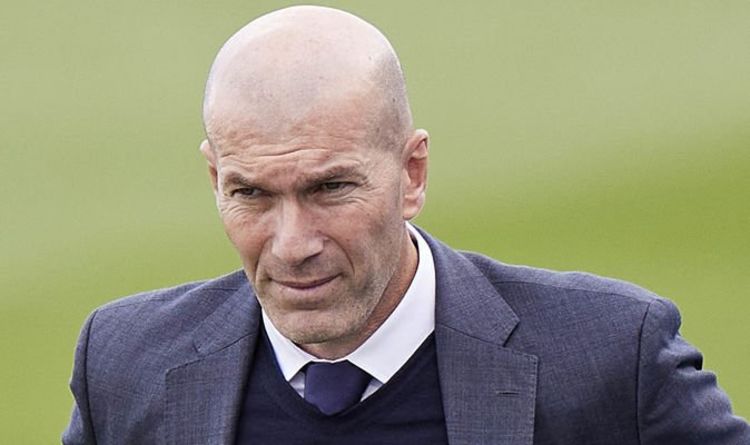 Newcastle aren’t expected to appoint Zinedine Zidane as their next manager. However, that hasn’t stopped the Toon from being linked with the Real Madrid icon following their huge Saudi takeover. So, with that being the case, it’s time to look back at their astonishing decision to snub the Frenchman when he was a player.

Zidane the manager has been impressive so far.

The Frenchman won three Champions League titles on the spin during his first stint in charge of Real, making history in the process.

And he also won the La Liga title last year after returning to the Bernabeu, having been given promises by Florentino Perez.

But Zidane the player was equally sublime, with the Frenchman winning the 1998 World Cup - scoring twice in the final.

He is regarded as one of the best to have ever played football, meaning his name will always be appealing.

And, had things panned out differently, he could have actually ended up playing for Newcastle.

“I said ‘Kev, one million per cent he will be good enough’.

“While I was there, I went to see the president of Bordeaux and he told me they wanted £1.2million and if they got that they would pay me a small commission out of it.

“I thought there was probably a deal to be done a £1million, but if I stick to £1.2million then at least I’m safe.

“I told Kevin the price was £1.2million. He sent somebody to watch him and then a couple of days after that he sent me a fax.

“He got his report back from the guy who watched him and said the player has got no chance of making it, at best he could play for Wolves – who were bottom of the First Division.

Newcastle are expected to sack Steve Bruce in the next few days (Image: GETTY)

“I phoned Kevin and said ‘who on earth have you sent to watch this player, it must be f***ing Stevie Wonder or Ray Charles’.

“Kevin laughed and said that was the guy they relied on in France and that’s his report.

“He said he’s watched the player, knows the player and doesn’t think he’s good enough to play for Wolves and they are bottom of the First Division.”

All in all, astonishing stuff from Newcastle.

And whether their paths ever cross with Zidane in the future, now they’re filthy rich, remains to be seen.