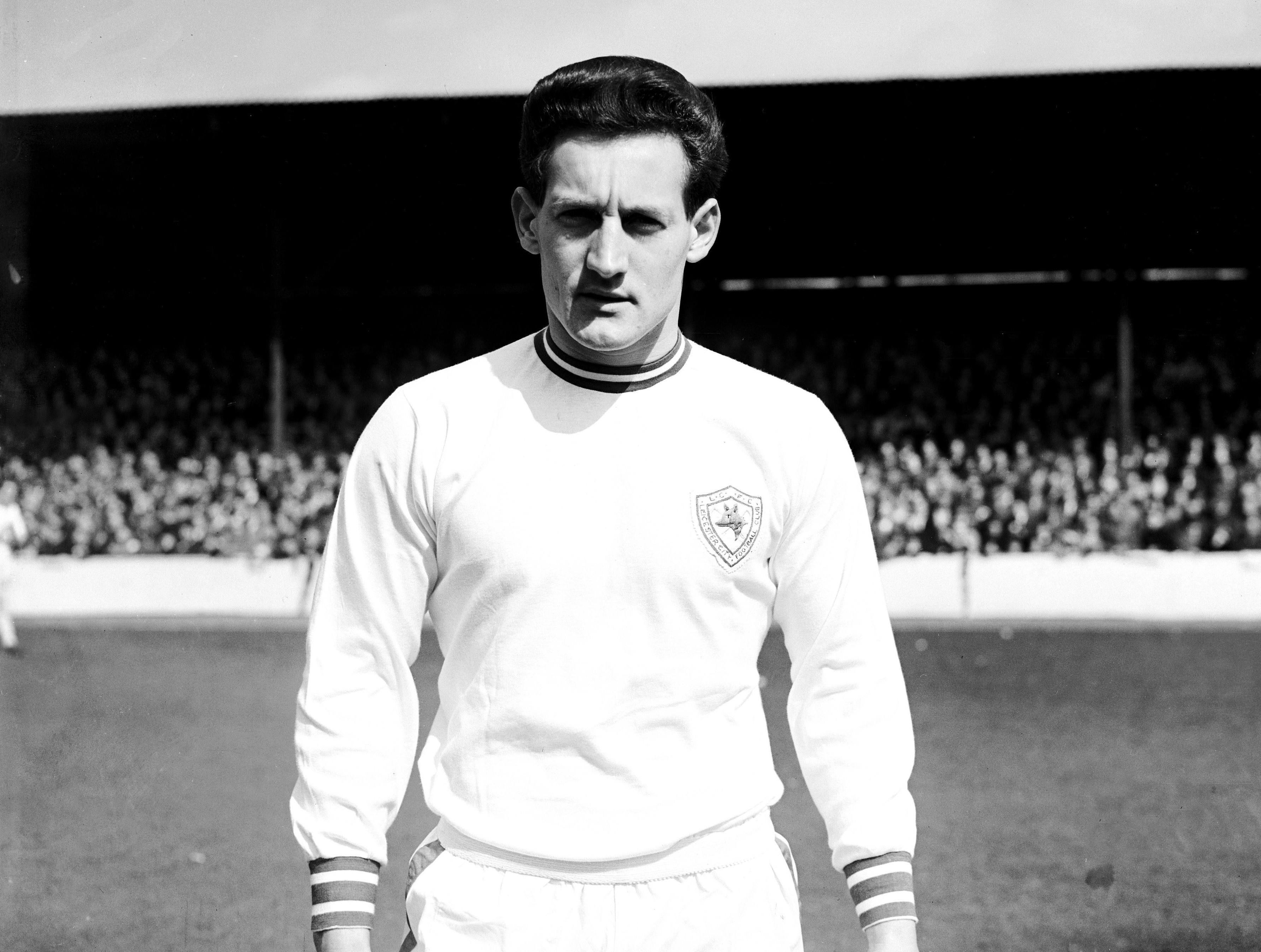 The series continues with England youth and Under-23s international, Howard Riley, a speedy outside-right with a powerful shot who played in two FA Cup Finals and won the League Cup while at Filbert Street.

Outside-right Howard was born in Wigston. His father and grandfather both played first-class cricket for Leicestershire and his brothers were also on City’s books.

Capped at England youth level three times in 1954/55, Howard made his first team debut against Nottingham Forest in the old First Division in August 1955, four days after his 17th birthday.

Between 1957 and 1959, he did his National Service with the Royal Leicestershire Regiment.

He represented the British Army in matches against the French Army, the Royal Navy, the Irish FA, the Belgium Army and the RAF.

He also was able to play, when available, for Leicester City while in the Army. A highlight in this period was scoring a penalty in an 8-4 victory over Manchester City, the only occasion that the legendary goalkeeper Bert Trautmann conceded eight goals.

Howard’s England Under-23s debut was against Wales at Wrexham in 1958. His team-mates that day included Jimmy Greaves, Johnny Haynes and Brian Clough.

Demobbed in August 1959, Howard, renowned for his speed and powerful shot, was initially in competition with Tommy McDonald for the no.7 shirt, but he soon made the position his own.

In 1960/61, when the team finished sixth in the top flight, Howard starred in the FA Cup Final, when Leicester unluckily lost to league champions Tottenham Hotspur.

The following season, he played in all four of Leicester City’s games in the European Cup Winners’ Cup and, in 1962/63, he was a key member of the Leicester City side which were realistic contenders for the league and FA cup double. A personal highlight was providing each of the crosses for Ken Keyworth’s six-minute hat-trick against Manchester United in April 1963, which took the team to the top of the table with only five games to go before the end of the season. He also played in the 1963 FA Cup Final side defeated by Manchester United.

That summer, aged only 25, Howard went part-time to train as a teacher in Saltley near Walsall, but he kept his place in the side and scored in the 1964 League Cup Final victory over Stoke City.

He signed for Walsall in December 1965 and, in 1967, he joined the USA side Atlanta Chiefs, before returning to teach in Leicester.

After retiring from teaching in 1995, Howard became Leicester City’s Education and Welfare Officer until 2005.

Today, Howard is a regular spectator on match days at King Power Stadium.