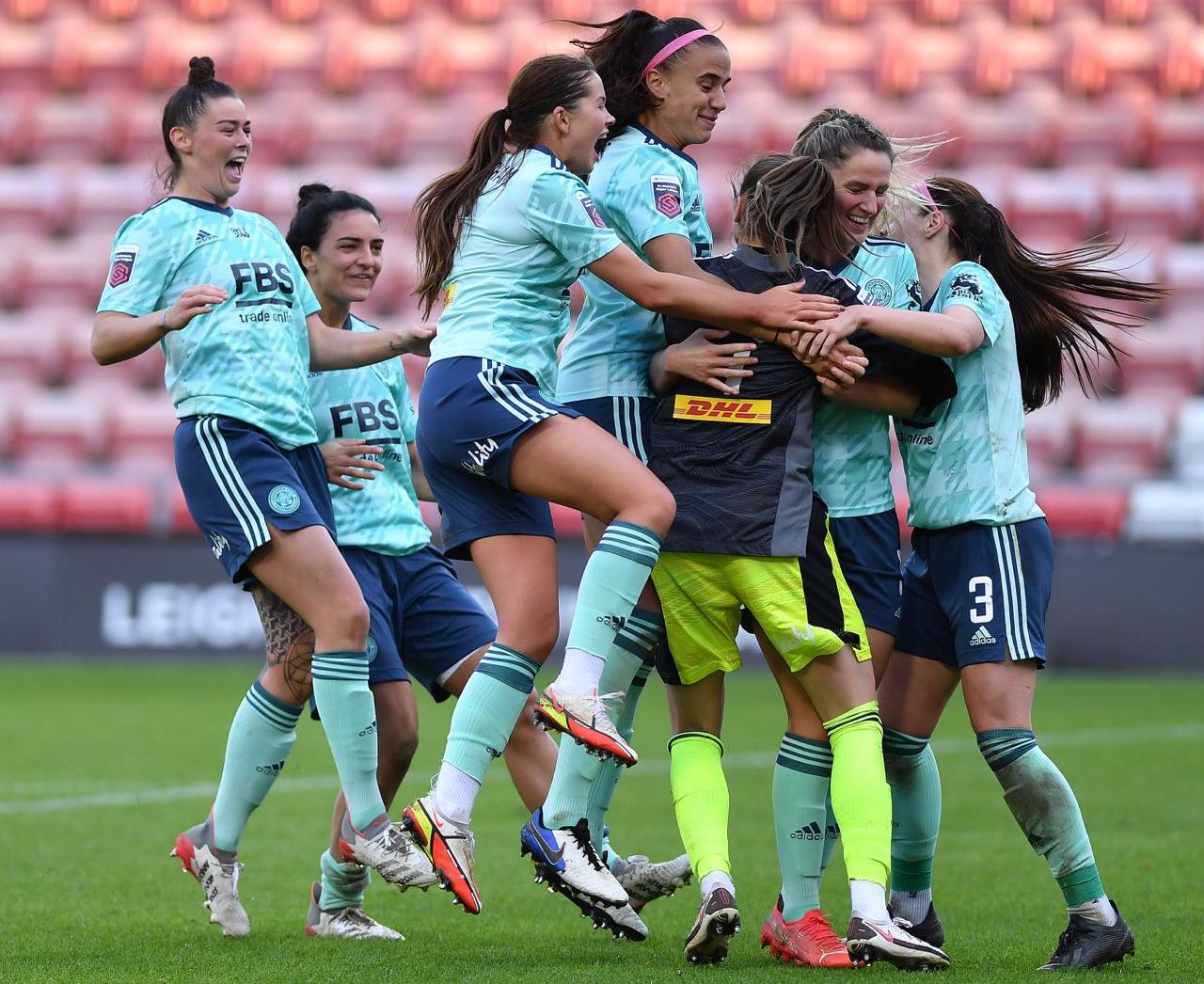 City made two changes to the side that lost 1-0 to Everton two weeks ago with Natasha Flint replacing the injured Molly Pike and Georgia Brougham also coming into the side, with Sophie Barker dropping to the bench.

The hosts enjoyed the majority of the possession in the opening exchanges at Leigh Sports Village, ahead of the game being paused in the sixth minute in memory of Arthur Labinjo-Hughes, with both sets of players joining in with a period of applause.

United continued to press after the short break, with Hannah Blundell and Leah Galton both seeing shots blocked before Ona Batlle fired an effort over the crossbar.

Blundell then turned provider, crossing for Lucy Staniforth, who almost had the whole goal to aim at but diverted the ball off target. Staniforth was in the action again soon after, as her corner was headed wide by Millie Turner.

But on 32 minutes, it was Leicester who found the opener when Sophie Howard arrived at the near post to flick Jemma Purfield’s corner into the far top corner.

The Red Devils looked for a route back via captain Katie Zelem, who sent two headers wide in quick succession, before Galton failed to test Demi Lambourne. Aoife Mannion also diverted a header over the crossbar from Staniforth's corner in the last action of the first period.

It took United just four second-half minutes to level the scores. Galton found space on the left wing and had time to cross for England international Alessia Russo to strike first-time past Lambourne.

City's shot-stopper was called into action to prevent United completing a turnaround when she pushed Zelem’s long-range strike past the post on the hour-mark, while the away side had chances of their own and could have re-taken the lead via Ashleigh Plumptre’s glancing header, which landed the wrong side of the far post after she met Purfield’s floated delivery.

Flint was then sent through on goal by substitute Barker, but a heavy touch allowed Sophie Baggaley to claim the ball before she could get a shot away.

Although the home side were also pushing for a winner, it was Leicester who created the more clear-cut opportunities. A free-flowing move saw the ball shifted from defence to attack before Shannon O’Brien curled an effort wide of goal.

And City finally made another breakthrough with 11 minutes to play when Flint capitalised on a stray back pass, collecting the loose ball and slotting it under Baggaley.

The lead lasted less than two minutes, however, as United skipper Zelem managed to lob the ball over Lambourne and get her side back on level terms once more.

The Manchester outfit could have gone ahead for the first time shortly after, as Hayley Ladd headed a Vilde Bøe Risa cross wide, before Risa struck a shot off target, but neither team could find a third goal, sending the tie to penalties.

Jess Sigsworth, Flint and Abbie McManus all scored for Leicester in the shootout, as did Toone, Mannion and Russo for United, ahead of both sides missing their fourth spot-kick as Purfield sent hers wide and Lambourne then kept out Zelem.

Brougham was able to convert City’s fifth, though, and then Lambourne saved again from Kirsty Hanson to spark jubilant scenes from the Foxes players as they sealed a bonus point.

Leicester twice led in normal time through Sophie Howard and Natasha Flint but after the hosts hit back, City held their nerve in the shootout, scoring four of their five spot-kicks.

There were strong performances across the park during the 90 minutes at Leigh Sports Village, while Demi Lambourne was the shootout hero, saving two penalties to ensure it would be Leicester who took home the bonus point after Georgia Brougham had kept her cool to slot home the visitors' fifth spot-kick.

Where does it leave us?

Leicester have moved onto five points after three matches in Group B, winning once and drawing once. They now sit fourth in the group table, just one point behind leaders Manchester City ahead of their final match.

Leicester return to Barclays FA Women’s Super League duties on Sunday 12 December when they visit Arsenal in a 6:45pm kick-off at Meadow Park.