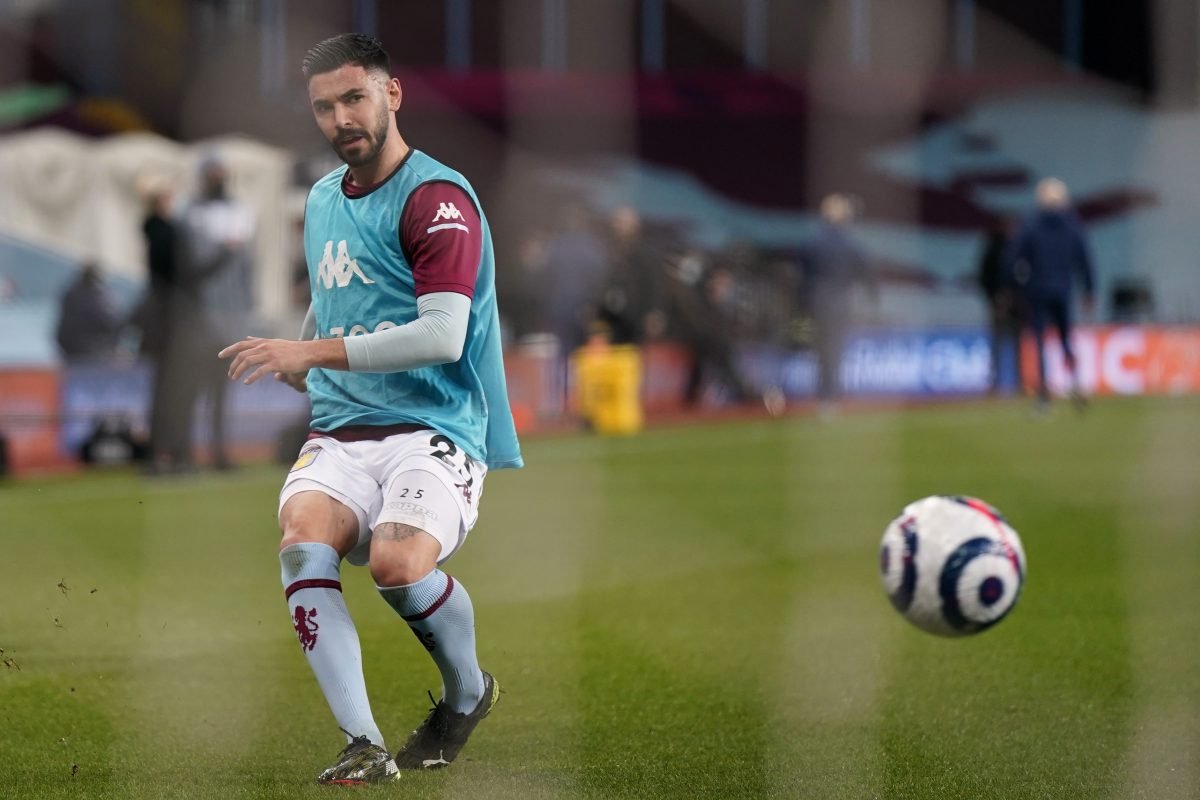 Aston Villa suffered a 2-1 defeat to Manchester City, but a number of players put in a bright second half performance that earned praise from supporters. Morgan Sanson was one of them, and now fans on social media are debating whether he should start against Leicester City on Sunday.

The 27-year-old came off the bench in the 77th minute for his first Premier League appearance of the season and showcased exactly why Villa signed him back in January. Sanson was tenacious in turning over possession and he was composed on the ball.

Hopefully people will finally see why I love Morgan Sanson so much. He is going to shine with Gerrard at the helm.

Looked sharp, overloaded in that position. Bizarrely we could field 2 top half central midfields. But still looking over our shoulder. Big imbalance

Which means – with a decent cameo from Sanson, Ramsey not getting off the bench, Chuk getting minutes – all of a sudden midfield is a welcome conundrum. Always wanted a three in there and it seems to really suit them all – not least Marv who looks a different human. #avfc

Really struggling to choose a midfield three for Leicester. Nakamba has been brilliant for three in a row; Luiz was class; McGinn in great shape; Ramsey so good v Palace and Brighton; Sanson looked classy when he came on; Chuk a real talent too…

Steven Gerrard now has a selection headache ahead of the Leicester clash, as Marvelous Nakamba deserves to start alongside John McGinn and Douglas Luiz but Sanson is knocking on the door. Given the Frenchman has only amassed 55 minutes of playing time this season, it’s probably wise he’s named on the bench again.

Sanson has made two appearances in all competitions, having spent the majority of the campaign as an unused substitute or out of the matchday squad. His performance against Man City will give Gerrard pause for thought, however, and might result on him being introduced a little earlier in their next game.