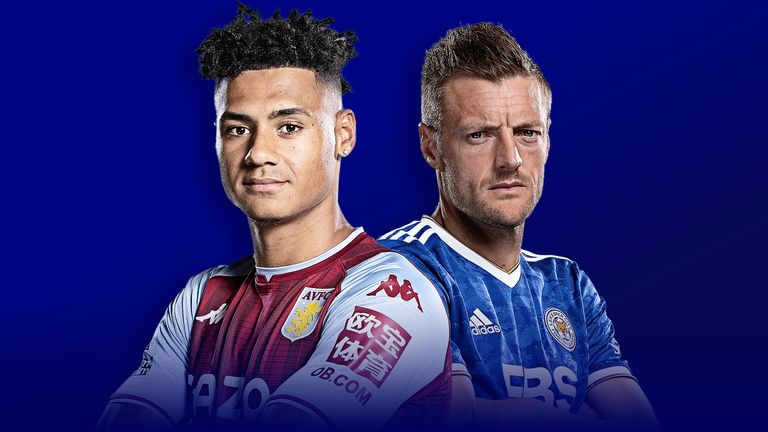 Team news, stats and prediction ahead of Aston Villa vs Leicester in the Premier League on Sunday; kick-off 4.30pm.

Aston Villa have been dealt an injury blow ahead of their home game against Leicester with the news that Leon Bailey will be out for "a number of weeks".

The 24-year-old forward, signed from Bayer Leverkusen this summer for a reported fee of £30m, hobbled off with what looked like a thigh problem during the 2-1 home defeat to Manchester City on Wednesday night. Scans have revealed damage to a quad muscle and boss Steven Gerrard has said Bailey will not be back before Christmas.

An unspecified injury has kept Danny Ings out recently but the striker is nearing a return and a decision will be made on his fitness on Saturday.

Leicester's Youri Tielemans (calf) and James Justin have both resumed training, but Sunday's match may come too soon for the duo.

James Maddison is being treated for a glute issue following the midweek draw at Southampton but the midfielder is expected to be fit.

FREE TO WATCH: Highlights from Manchester City's win against Aston Villa in the Premier League.

FREE TO WATCH: Highlights from Southampton's draw with Leicester in the Premier League.

● Aston Villa have lost their last two home league games against Leicester - only once have they lost three in a row against them at Villa Park, doing so between 1936 and 1954.

● Leicester have won five of their last seven league games against Aston Villa (D1 L1), as many as they had in their previous 22 league meetings with the Villans (D9 L8).

● In Premier League history, only Middlesbrough (15 v Man Utd), Fulham (14 v Man City) and West Brom (13 v Arsenal) have hosted a side more often without registering a single clean sheet than Aston Villa and their 12 previous home games with Leicester, conceding 23 times across those matches.

● Leicester are without a clean sheet in their last 14 away Premier League games, since a 0-0 draw with Wolves in February. However, they have also scored in all 14 games, with Burnley the last top-flight team having a longer away run both scoring and conceding, between April 1961 and March 1962 (16 games in a row).

● Since their return to the Premier League in 2019, no side has lost more games on Sundays in the competition than Aston Villa (14). Meanwhile, only Tottenham (24) and Manchester United (18) have won more Sunday games than Leicester (17) in the same period.

● Both previous meetings between Aston Villa boss Steven Gerrard and Leicester's Brendan Rodgers ended in 1-0 home wins - one apiece for Rangers and Celtic in the 2018-19 Scottish Premiership.

● Leicester striker Jamie Vardy has scored five goals in his last five Premier League games against Aston Villa, while teammate Harvey Barnes has been involved in four goals in his last three against the Villans (3 goals, 1 assist).

● Aston Villa manager Steven Gerrard suffered only his second league defeat in 55 matches last time out against Manchester City (W44 D9), losing the other with Rangers in August against Dundee United. He has never lost consecutive league games as a manager, while only four players have made more Premier League appearances under Brendan Rodgers than Gerrard did during their time together at Liverpool (99).

● Leicester manager Brendan Rodgers has won all six of his Premier League away games against Aston Villa - no manager has a better 100% win rate away against an opponent in the competition's history (Jürgen Klopp also 6/6 vs Crystal Palace).

● Ollie Watkins has scored 18 goals in 49 Premier League appearances for Aston Villa - the last Englishman to score more than 18 goals in his first 50 games in the competition was Charlie Austin in October 2016 (23 goals).