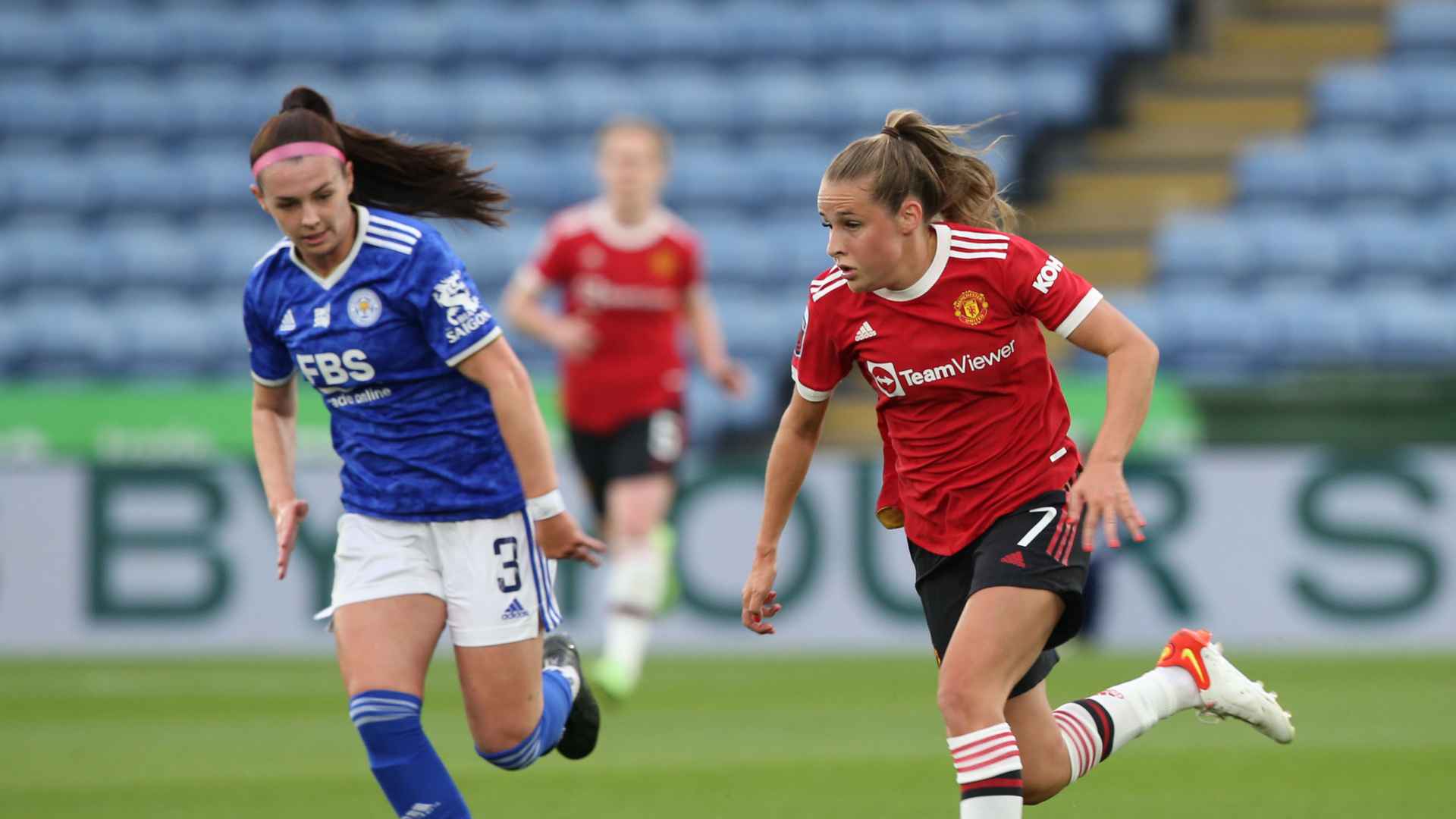 Manchester United Women return to action from the recent international break this weekend with Leicester City our opponents for a Continental Tyres League Cup contest.

The group-stage encounter is a midday GMT kick-off at Leigh Sports Village on Sunday with the Reds looking to build on the five points gained from our opening two matches in this season's competition.  Marc Skinner’s side will also be hoping to respond to the league defeat at the hands of Arsenal in our final game before the break, in what will be the first of four fixtures for the team before Christmas.

So, here is everything you need to know ahead of the first of that quartet of December outings...

Tickets for Sunday’s match at Leigh Sports Village can be purchased online only, with adults priced at £6, while entry for under-16s and over-65s is £3. If you’re not at the game, you will still be able to follow along live via our dedicated women’s team social media accounts, and in the Official App and on ManUtd.com where we'll publish the match report. Be sure to keep an eye out for the highlights too, which will drop on the app and on ManUtd.com the following day.

THE OPPOSITION Former England striker Emile Heskey will take charge of the Foxes for the first time on Sunday following the departure of previous manager Jonathan Morgan last month. Heskey, who is Leicester's head of women's football development, will oversee the match from the dugout before the recently appointed Lydia Bedford begins her role as the team's new manager on Monday. The change comes with the Foxes bottom of the WSL table and winless from their opening eight league games. The Midlands outfit topped the FA Women’s Championship last season and were promoted to the top flight for the first time in their history as a result. The transition between the two divisions has understandably been tough however, with their sole victory so far this campaign coming against Durham in this competition.

United could be boosted by the availability of defender Millie Turner, who could fittingly return to the pitch from a near three-month spell on the sidelines with a knee injury, against the team that she sustained it against. Our no.21 was included in the matchday squad for the first time since that game in the defeat to Arsenal before the break, but was an unused substitute.  Kirsty Smith, Kirsty Hanson and Martha Thomas all withdrew from Scotland’s recent international camp and Marc Skinner could provide an update on whether the trio are in contention to play on Sunday during his pre-match sit-down interview with MUTV.

As for the visitors, it is unknown how Emile Heskey will line his side up in his game in temporary charge, but former Reds Abbie McManus and Jess Sigsworth could both face United again, having first come up against the club they both spent three years with, during September’s league meeting between the two sides after making the switch in the summer.

FORM GUIDE  Marc Skinner’s Reds go into Sunday’s game looking to produce a response following the defeat to Arsenal in the WSL, in our most recent outing before the international break. The loss to the Gunners was the only one in our last seven across all competitions, however that run has also included four draws, something United will be keen to avoid on Sunday given we will pick up an extra point for winning in 90 minutes (three), as opposed to on penalties if needed (two), in this tournament.  As for our visitors, points have been hard to come by in the league, but they did register their only triumph of the campaign so far in their most recent League Cup outing. The Foxes overcame Durham 2-1 in mid-November, courtesy of goals from Shannon O’Brien and Molly Pike.

Both sides have now played two matches each in the competition and are firmly in contention to qualify for the knockout phase from Group B. The Reds currently occupy second spot, a point behind leaders Manchester City with a game in hand, while Leicester City are a place further back in third with three points from their two outings. With this match the teams’ penultimate group-stage outing, it will no doubt have a big impact on the final shaping of the standings. Topping the group would secure automatic qualification for the quarter-finals while the runner-up with the most points across this year’s five groups will also advance to the last eight.

HEAD-TO-HEAD RECORD  The encounter will be our sixth meeting with the Midlands club and second already this season. United were triumphant when we visited the Foxes in the WSL in September, coming away from the King Power Stadium with a 3-1 victory courtesy of goals from Ella Toone, Maria Thorisdottir and Martha Thomas. The Reds have won three of the other four previous encounters, with Leicester’s sole win in the fixture coming in last season’s FA Cup fifth round, on their most recent trip to Leigh Sports Village.

Our game is one of four matches across the Continental Tyres League Cup groups this Sunday. Here is a list of all the games scheduled to take place…