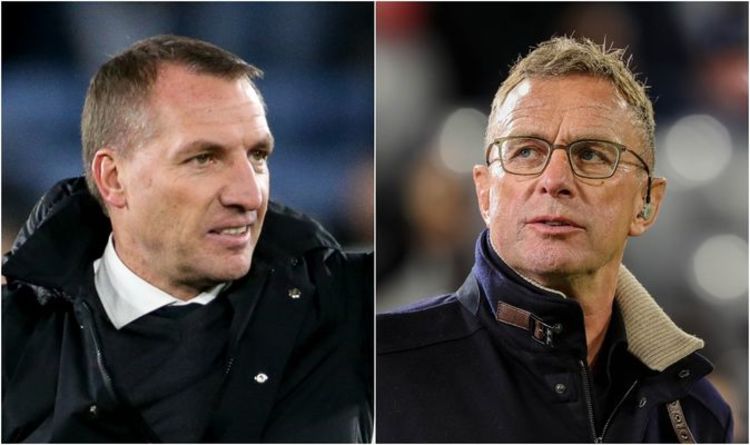 Amazon Prime pundit Neil Lennon claims that Brendan Rodgers is an elite manager, amid rumours linking the Leicester City boss to Manchester United at the end of the season. Ralf Rangnick was confirmed as United's interim boss this week, but is expected to make way in the summer when he transitions to a consultancy role.

The Foxes have found themselves somewhat off the pace this season after narrowly missing out on Champions League football for the last two campaigns.

Nevertheless, even getting them close has drawn widespread praise for Rodgers who has taken a mid-table side to the next level since his arrival.

As a testament to the quality of his work, Man Utd were reportedly keen to offer him the top job in recent weeks, although the 48-year-old stood firm against leaving mid-season.

With the highly-respected Rangnick now at the helm, the Red Devils will be keen for another upgrade in the summer, and ex-Leicester and Celtic midfielder Lennon cannot speak highly enough of Rodgers.

Brendan Rodgers is in contention to take over from Ralf Rangnick at Man Utd (Image: GETTY)

"Brendan is an elite manager," he told Express Sport.

"The Manchester United thing will always surround him because of the type of manager that he is.

"Leicester should be able to claw their way back towards the clubs above them and they won’t end up far away from the top six, I don’t think.

"They finished fifth in the past two seasons, that’s stratospheric, even though they won the league in 2016 which is once in a lifetime."

"Tactically for sure he is an elite manager," he said.

"He helped me a lot because he was my coach and then he was one of the main figures to convince me to try coaching so he had a huge influence on all of us at this time.

"He showed us it’s not necessary to follow people to the toilet in football games because that was the belief in these days, that the defenders follow the strikers wherever they go. He showed us it’s possible to defend everybody in a zone."

With such high praise aimed towards United's current boss and one they are allegedly preparing to target during the summer, Lennon's assessment of Rodgers suggests that the Leicester manager could be one of the few candidates that has the knowhow to take the Red Devils up another level once Rangnick's time it up.

Amazon Prime Video will be broadcasting 20 Premier League fixtures this season featuring two full rounds of fixtures on the 30th November – 2nd December and 28th – 30th December, including Everton vs Liverpool and Manchester United vs Arsenal. Neil Lennon will be part of the punditry team for Southampton vs Leicester.