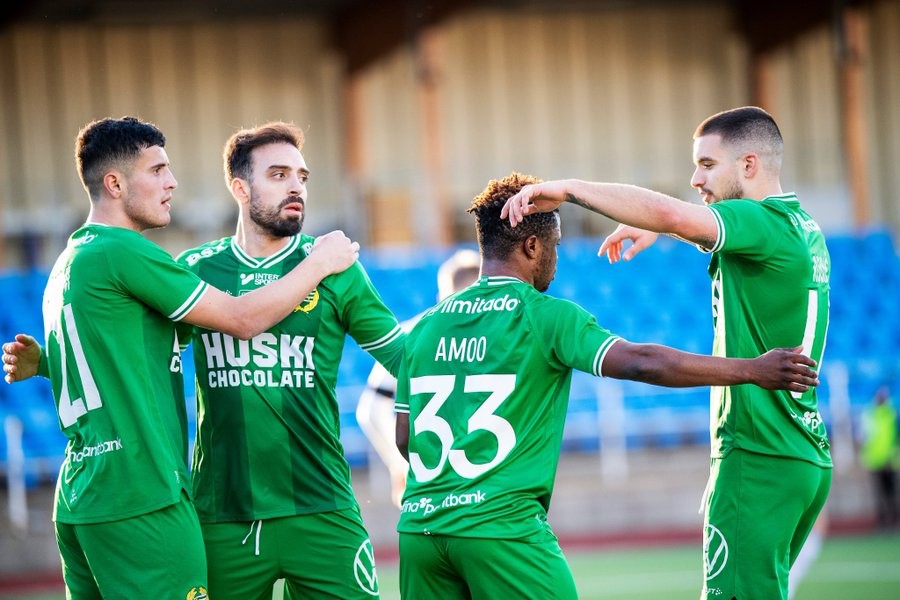 Leicester City are reportedly one of a number of top European clubs chasing the potential transfer of Hammarby wonderkid Akinkunmi Amoo.

The 19-year-old looks a hugely promising player who could have a big career ahead of him, and it seems only a matter of time before someone snaps him up.

According to Sport Witness, Leicester are one of his main suitors, but he also has interest from big names like Atletico Madrid, Valencia, Borussia Dortmund and Ajax.

It will be interesting to see where Amoo decides to move next, but he could do well to become the latest young talent to try furthering his career at the King Power Stadium.

The likes of Riyad Mahrez and N’Golo Kante weren’t the biggest names when they joined Leicester, but ended up becoming stars the club could later sell for a big profit.

Amoo looks like he could have similar potential, and he’d be very affordable at just €4million, according to Sport Witness.

Amoo has shone in a variety of attacking midfield roles so far this season, contributing 13 goals and four assists in all competitions.