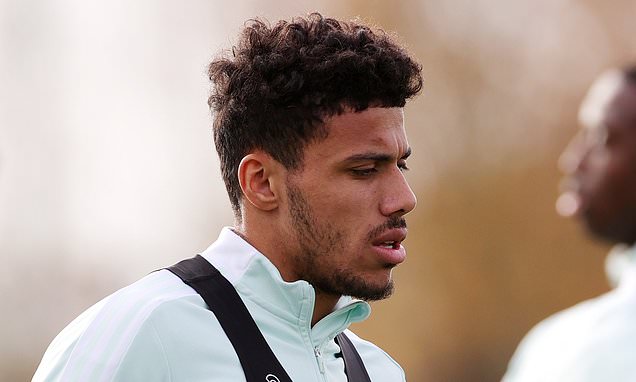 James Justin's return to action for Leicester has been pushed back to next month after he suffered ‘a reaction’ to his recovery from a serious knee injury.

Foxes boss Brendan Rodgers had hoped to have Justin, who has been out since damaging his anterior cruciate ligament in February, available this month and the 23-year-old had been pencilled in to play for Leicester Under-23s against Tottenham on November 23.

Yet Rodgers revealed that the club have had to put the brakes on Justin’s comeback bid. He said: ‘He had trained with the first-team squad for a few weeks and was looking very good.

‘At that stage we wanted to get him into an Under-23 game but there was just a slight reaction to that which has put him back, but not for too long. I would say in the next five or six days he will join the squad again.


‘We just have to make sure after a long time out we make sure he is ready to be back, and take it step by step. In those few weeks he looked absolutely brilliant.’

Until his injury against Brighton in an FA Cup game on February 10, Justin had arguably been Leicester’s player of the season and was making a strong case for inclusion in the England squad for Euro 2020.

Justin joined from Luton in the summer of 2019 but made his breakthrough last season, operating in both full-back positions and as part of a back three.