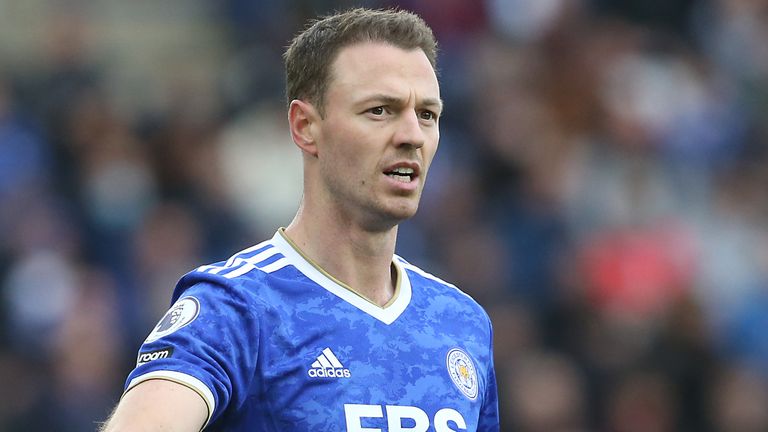 Team news, stats and prediction ahead of Leicester vs Watford in the Premier League on Sunday; kick-off 2pm.

The defender pulled out of Thursday's 3-1 Europa League win over Legia Warsaw following the warm up with a thigh issue.

Watford duo Ismaila Sarr (knee) and Nicolas Nkoulou (hamstring) have been ruled out of the trip to the King Power Stadium after sustaining injuries in last weekend's 4-1 win over Manchester United.

Juraj Kucka returns to contention following a one-match ban, while defender Christian Kabasele (hamstring) is back training but not expected to feature against the Foxes.

Follow Leicester vs Watford in our dedicated live match blog. Highlights will also be published on the Sky Sports digital platforms and the Sky Sports Football YouTube channel after full-time on Sunday.

FREE TO WATCH: Highlights from Chelsea's win at Leicester in the Premier League.

FREE TO WATCH: Highlights from Watford's win over Manchester United in the Premier League.

The blip is becoming a longer-term problem for Brendan Rodgers. Where is the usual Rodgers fizz in their attacks? They could have played long into the night in the defeat to Chelsea without scoring last weekend.

But more worryingly, Rodgers' inability to sort out the defence should be sending the warning signs out to his bosses.

Since the start of March, only Newcastle have conceded more goals than Leicester (41) in the Premier League. One clean sheet in 18 Premier League matches is a tad shocking for a team with top-four ambitions. In that same period Chelsea, Liverpool and Manchester City have kept 11.

To me, it looks like the the spine of the team is perhaps entering a transitional period earlier than Rodgers expected. Kasper Schmeichel and Jamie Vardy's powers are diminishing. And it might get worse before it gets better with a familiar face plotting their downfall in the visitors' dugout. Of course, Claudio Ranieri famously spent 19 months as Leicester manager, leading them to Premier League title success in 2015/16.

He can lead Watford to a result playing the counter-attack style that achieved greatness at the King Power.

BETTING ANGLE: Watford to win or draw (13/8 with Sky Bet)