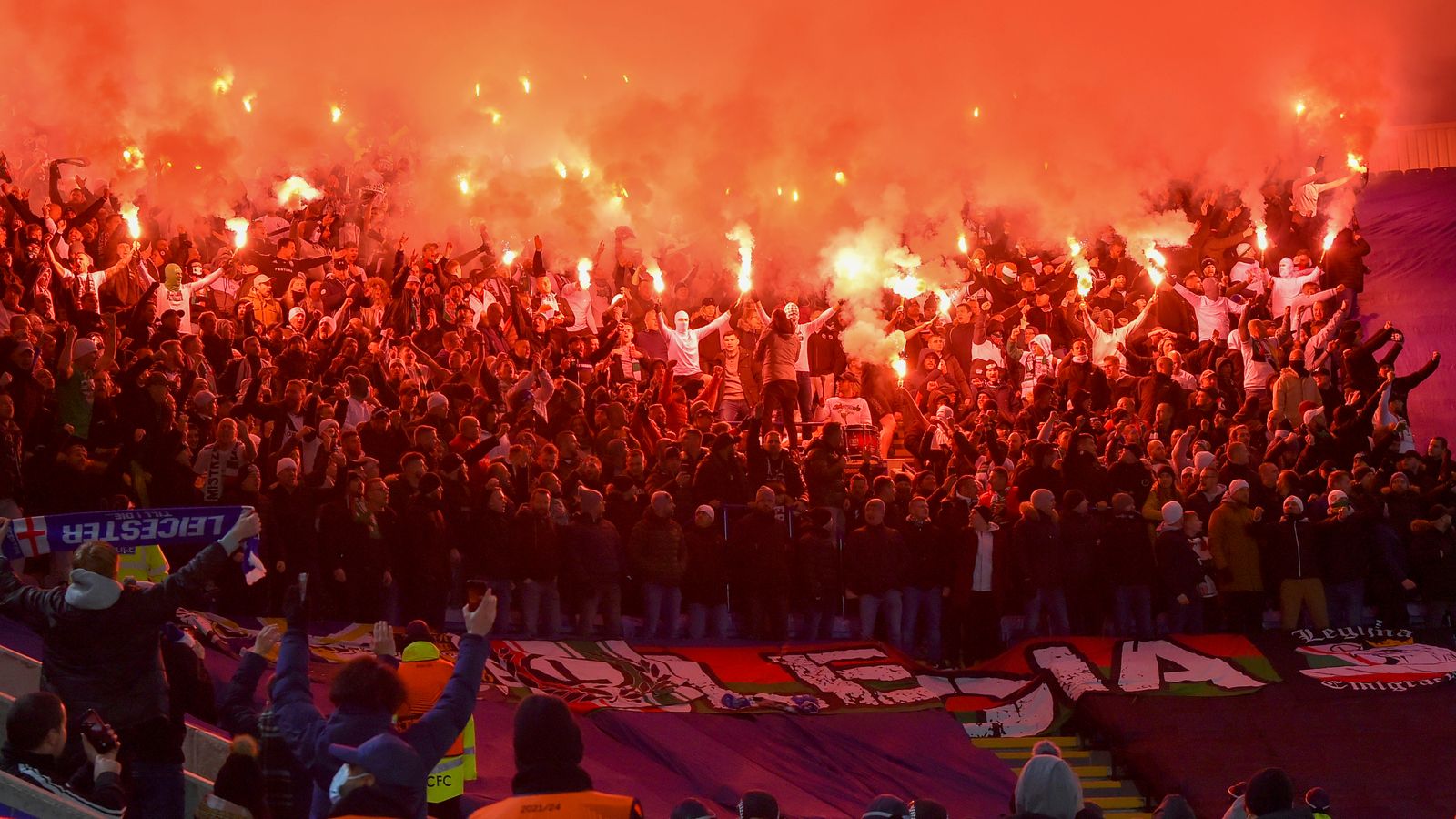 Seven arrests were made after 12 police officers were injured in violent clashes with Legia Warsaw fans during the Europa League game against Leicester City.

Visiting fans let off a number of flares and attempted to breach the segregated line during the second half at the King Power Stadium, assaulting officers in the process.

Leicestershire Police said "a large number of ejections were also made from the ground", while all those arrested remain in custody.

Legia Warsaw supporters let off flares in the away end during their match against Leicester City, while some fans also clashed with police in the stands

Two officers were treated at hospital, one for concussion while the other sustained a fractured wrist.

Legia Warsaw fans were held back inside the stadium at full-time and no further disorder was reported.

Leicestershire Police Assistant Chief Constable Julia Debenham said: "While I am pleased that our officers responded well and managed to contain the away fans within their section and minimise contact between them and the home crowd, it's extremely disappointing that a number of fans acted the way they did and 12 officers were injured during the incident.

"This type of behaviour is not acceptable and we will be investigating the incident fully in order to bring those offenders to justice."