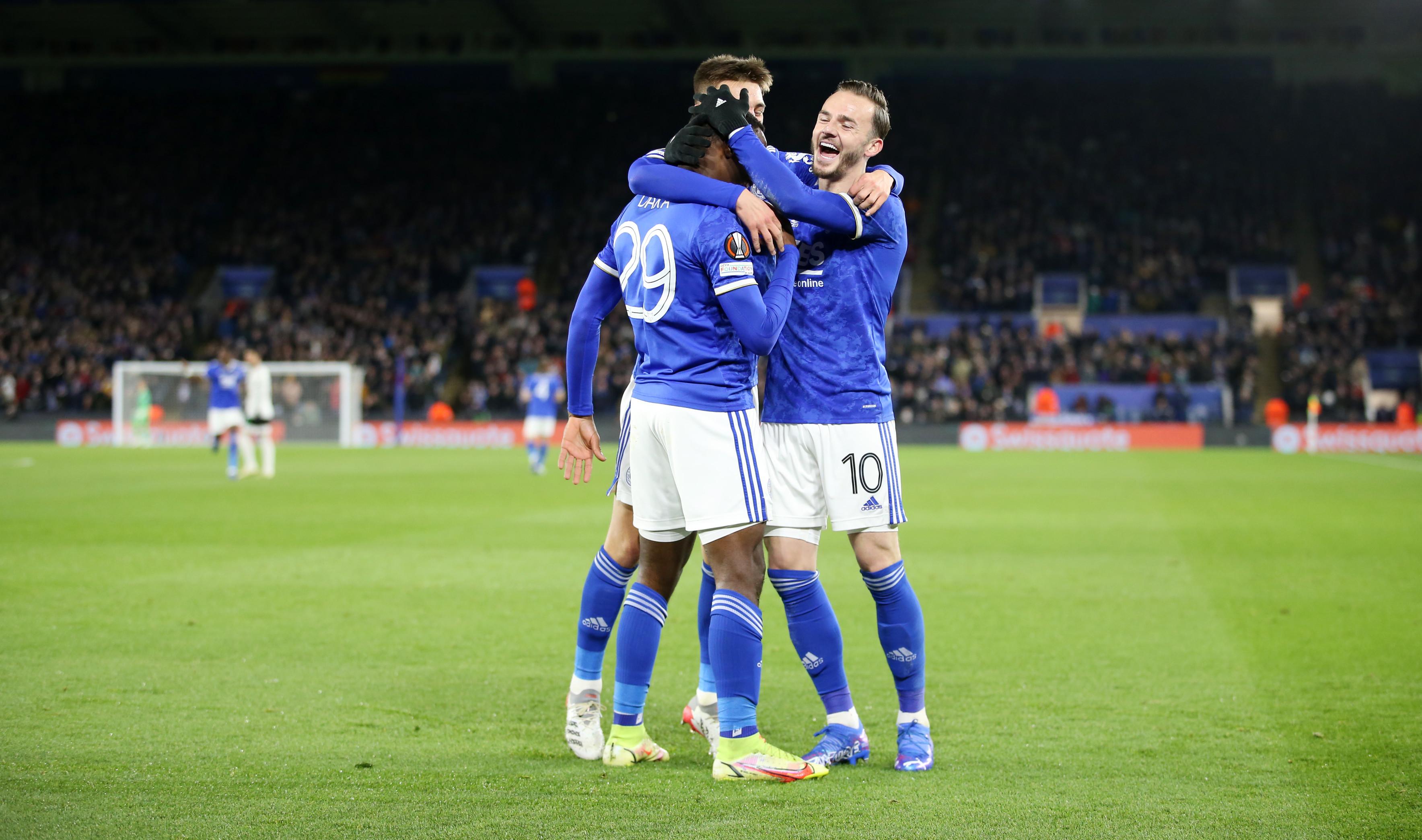 For City’s crunch clash with Legia, manager Brendan Rodgers initially made three changes to his XI, with Luke Thomas, James Maddison and Patson Daka all starting on Filbert Way. Daniel Amartey then had to come in for Jonny Evans just before kick-off after the Northern Ireland international picked up a problem in the warm-up.

In the opening stages, after Kasper Schmeichel had collected an effort from Bartosz Slisz, both Maddison and Harvey Barnes threatened the opposition goal - a sign of what was to come from City.

They continued to push forward, and when Barnes' pass deflected into the path of Daka, the Zambian was ruthless and, with his first touch, he slotted past Cezary Miszta to hand his side the lead with only 11 minutes on the clock. That made him Leicester's all-time leading goalscorer in Europe, with five strikes to his name.

A chance for 2-0 soon followed, with Maddison seeing a strike blocked in the box, but just seconds later, he took his next opportunity. After a playing a neat one-two with Ademola Lookman, he twisted and turned in the box before slamming home.

The travelling outfit had one back soon after, though. After the ball hit Wilfred Ndidi's hand in the box, Legia were awarded a penalty. Schmeichel did excellently to save Mahir Emreli's initial spot-kick, but Filip Mladenović raced in to convert the rebound.

Mladenović then fired into the side-netting with just over 30 minutes on the clock, but City were determined to restore their two-goal advantage and were able to not long after. Barnes won a corner which Maddison delivered, and up leapt Ndidi to glance in for 3-1.

The Foxes started the second 45 minutes as they did the first, with Thomas drilling a low strike at Miszta after Maddison was brought down in the build-up. They were assured in possession, too, and a constant danger in the final third.

It was Barnes who next went close, first drawing a save from Miszta before his follow-up hit the side-netting from a tight angle. City were content with their two-goal advantage, though, and remained compact in the second half.

Winger Marc Albrighton and Nigeria international Kelechi Iheanacho were introduced late on, with the tireless duo of Lookman and Daka making way.

Dewsbury-Hall looked to add a fourth goal of the night, but his left-footed drive sailed wide of the mark, and it was Leicester's flurry of first-half strikes that ultimately settled the tie.

Although Legia provided a stern test in the first encounter, and were defensively solid throughout the 90 minutes in Poland, Leicester struck after just 11 minutes on Filbert Way on Thursday to set the tempo for an electric first half.

It was Zambia forward Patson Daka who crucially opened the scoring, and then further goals from James Maddison and Wilfred Ndidi earned Leicester all three points in matchday five of the UEFA Europa League.

Speaking on LCFC Radio, Gerry Taggart said: “It’s pretty close, but [Boubakary] Soumaré was good tonight. Patson Daka was back on the scoresheet, and Luke Thomas played really well. For me, I’m going to give it to James Maddison. He took his goal brilliantly and he was a constant thorn. When he’s on form, he’s a bright spark."

City move into pole position in Group C with one fixture remaining - a trip to Diego Armando Maradona Stadium to take on Napoli on Thursday 9 December.