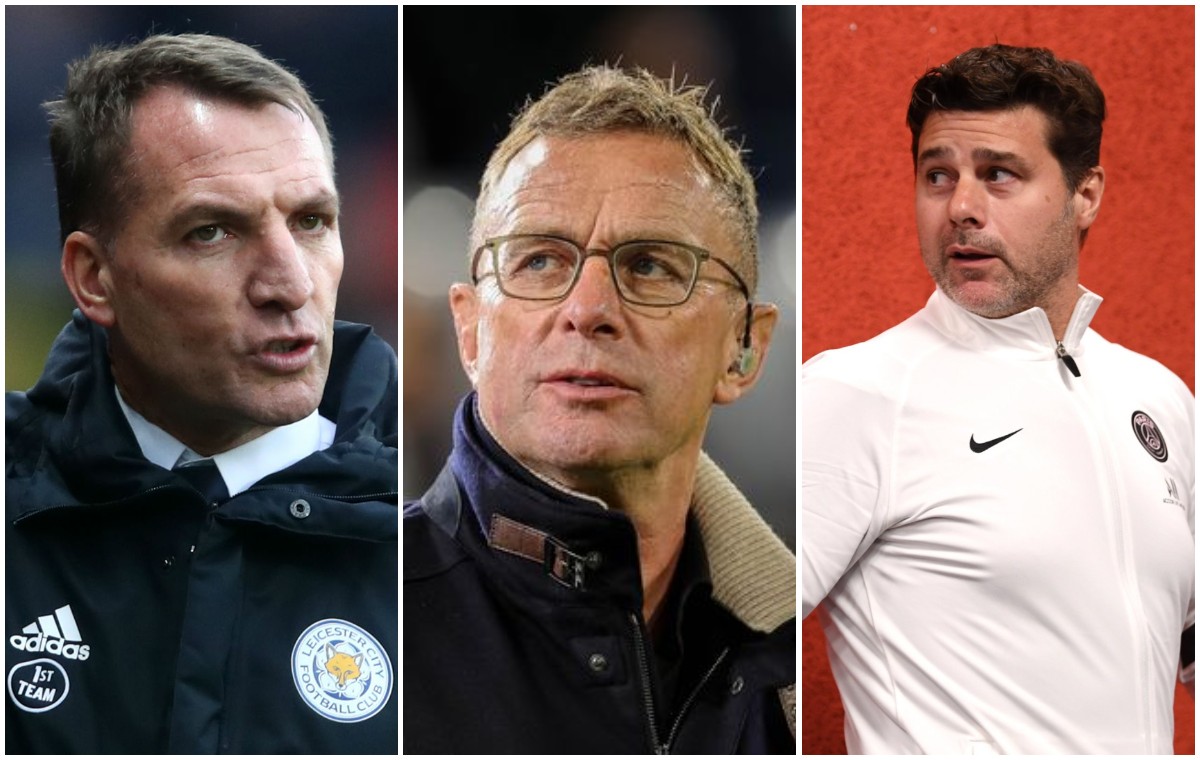 That’s according to a recent report from The Athletic, who claims the Red Devils are hopeful of appointing Lokomotiv Moscow’s Rangnick, initially on a six-month managerial contract, before allowing him to move into a more office-based consultancy role.

Although it looks like the Red Devils won’t have their man in place in time ready for their Premier League match against Chelsea on Sunday, fans will certainly be pleased that things appear to be moving in the right direction.

However, despite the focus on a short-term solution, it is understood that ahead of next season, the Red Devils will soon turn their attention to targeting a long-term, permanent replacement.

Although several names have been linked with the job in recent times, according to Spanish journalist Guillem Balague, United’s hierarchy are keen on two main candidates – they are Paris-Saint Germain’s Mauricio Pochettino and Leicester City’s Brendan Rodgers.

And on the other, Rangnick is a good profile as director of football, to put the foundations, to choose profile of players needed

Balague claims both managers are aware of the interest being shown in them and while Rangnick could serve as a decent short-term plug, the German could transition to a Director of Football role – paving the way for either Rodgers or Pochettino to take over in just over six-months time.

Should a chain of events follow that see the Red Devils end up with an employee who focuses entirely on transfer targets, United fans will view this week as a hugely significant period in their recent history.

The United-faithful have long cried out for a Director of Football – or at least somebody who is capable of implementing a brand of football and acquiring targets that match that philosophy.

Too often have the Red Devils relied solely on financial muscle to remain relevant – having failed to lift the Premier League for nearly a decade, the time for the club to reinvent itself is already here.