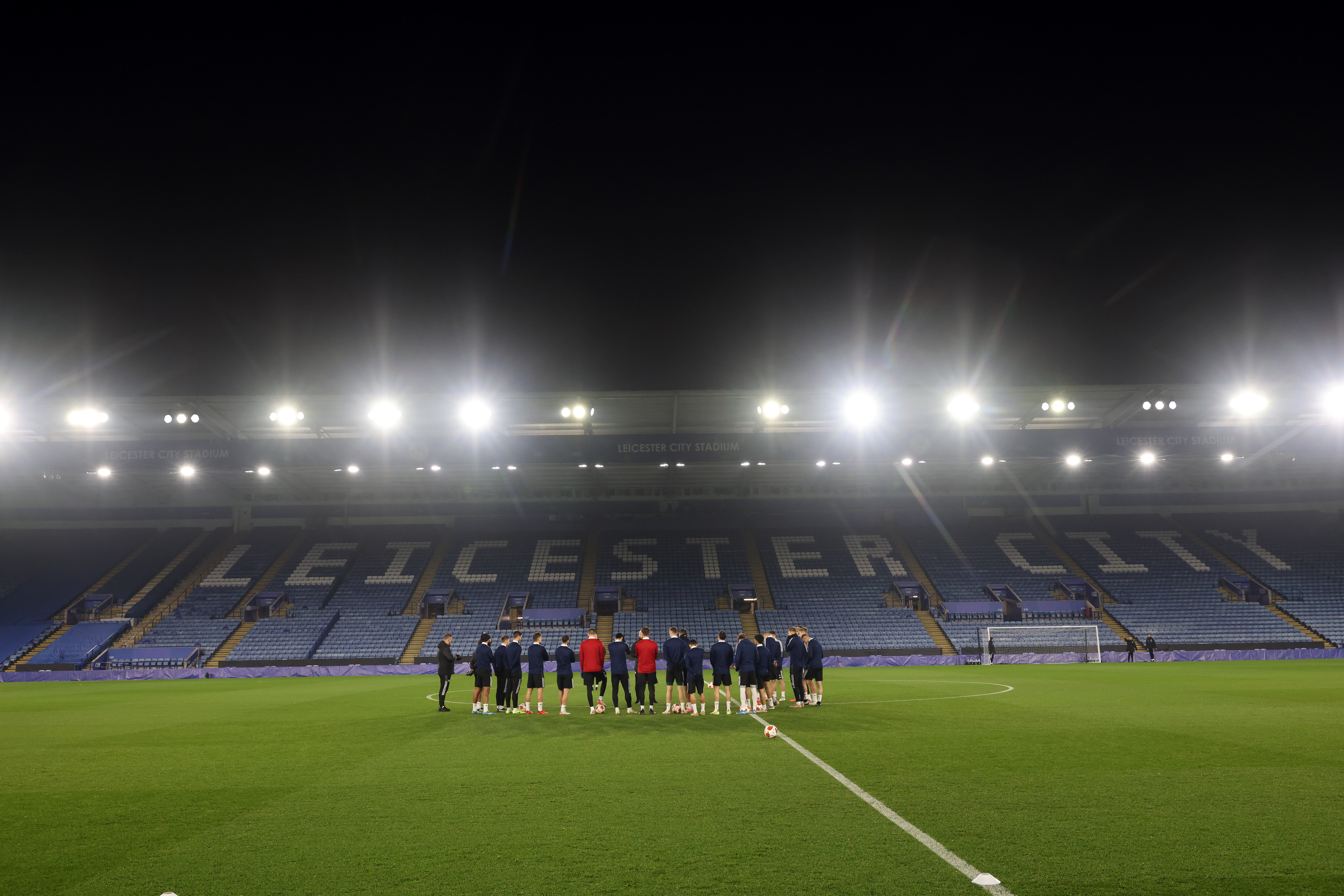 In Seagrave, north Leicestershire, Brendan Rodgers' Foxes squad were out on the training pitches perfecting their stratagem for the clash just over 24 hours later with a morning session. Crisp, autumnal weather greeted them behind the Vichai Srivaddhanaprabha Building at LCFC Training Ground.

Spirits were evidently high among the group, despite recent results, as Leicester look to take a significant step towards qualification for the knockout phase. One of the players to appear in that training group at LCFC Training Ground was Spanish forward Ayoze Pérez.

Shortly afterwards, the former Newcastle United man was the latest Foxes star to take his seat on the top table in the King Power Centre and address the international media ahead of a European matchday. Pérez, 28, has regularly spoken of his ambitions to play continental football for the Club.

Ahead of what could be his eighth outing in the Europa League, City's No.17, addressing the side's form, said: "Since I joined the Club a couple of years ago, we've succeeded. We've won a couple of things (the Emirates FA Cup and the FA Community Shield). Now, we're in a different position.

"We know we're struggling in terms of results, but from the inside, we're not far from getting back to what we were. The sooner we get positive results, it's going to help us get that confidence again. It's about building up that momentum which will take us to better results and better places.

"We are ready for [this game]. It's a must-win game and, if we want to get through the group stages, it's very important to get the win. We're in our stadium, with our people, and it depends on ourselves."

We want to bring intensity in the game and that combination with the supporters and then we hope we can get that result which takes us above Legia.

Rodgers, on the other hand, was next up on media duties for Leicester and the Northern Irishman showed no desire to downplay the significance of a victory against the Polish champions. Legia have suffered inconsistent form themselves this term and sit 17th in the Polish Ekstraklasa, one place above bottom.

"It’s a really, really important game for both teams," the 48-year-old told the press. "Sometimes, no matter how the team is doing in the league, this is a change of environment, a change of venue and a change of competition. I’m pretty sure, despite their recent results, it will be a tough game for us.

"We just concentrate on our process, concentrate on our football and getting our strategy right for the game. We want to bring intensity in the game and that combination with the supporters and then we hope we can get that result which takes us above Legia."

Later on Wednesday evening, Marek Gołębiewski, who assumed managerial duties at Stadion Wojska Polskiego late last month, took his place in the media room on Filbert Way alongside centre-back Mateusz Wieteska to provide a Legia perspective on the fixture.

The 15-time champions Ekstraklasa champions currently sit in the relegation zone after a frustrating start to 2021/22, but the Europa League offers an opportunity to reset the narrative for Gołębiewski and his players ahead of a crucial run-in of fixtures on all fronts.

Following Spartak Moscow's 2-1 victory over Napoli earlier that evening, the permutations are even more complex as the sides in Group C compete for qualification. After Gołębiewski and Wieteska detailed the importance of Thursday's clash to regaining momentum, training was next on the agenda.

Beneath the lights on Filbert Way, visiting media were given a snapshot of Wojskowi's preparations 24 hours ahead of a clash which seems likely to play a decisive role in determining who emerges from the competition's most hotly-contested pool. The stage is set for an enthralling European contest.