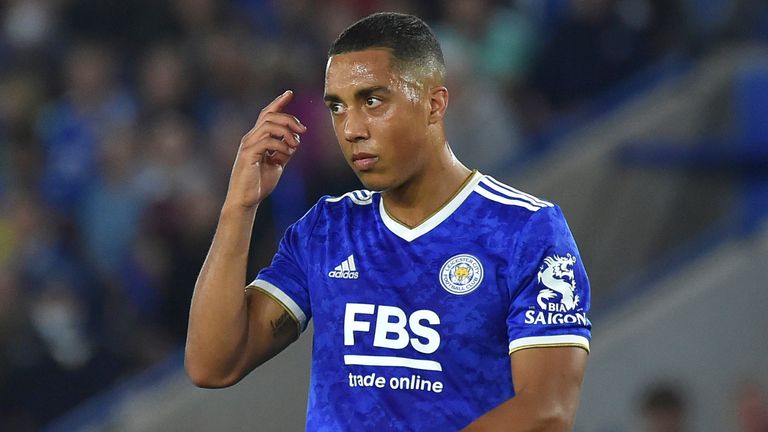 Team news and stats ahead of Leicester vs Legia Warsaw in the Europa League group stage on Thursday; kick-off 8pm.

Youri Tielemans will continue to sit out for Leicester when they host Legia Warsaw in the Europa League.

The midfielder is battling a calf problem, while Ricardo Pereira is sidelined with a hamstring issue.

FREE TO WATCH: Highlights from Chelsea's win at Leicester

Wesley Fofana (broken leg) and James Justin (knee) remain missing, but neither were included in the Foxes' European squad for the group stage.

Spartak Moscow host Napoli on Wednesday, so Leicester will know what they need to do to progress by the time they kick off against Legia Warsaw.

The Foxes cannot afford any slip-ups - especially as their final group match is away at Napoli. All four teams can still qualify for the knockout stages.

Victories in their final two games against Legia and then at Napoli next month will send the Foxes through to the last 16 as Group C winners.

Should they finish second they will go into the play-offs for a place in the new knock-out phase and face one of the eight third-placed teams from the Champions League group stage.

The Foxes are third in the table, a point behind Legia and two adrift of Napoli having drawn both of their home games. They lost a 2-0 lead against Napoli to be pegged back to 2-2 and were held 1-1 by Spartak Moscow with Jamie Vardy missing a penalty. They also lost 1-0 to Legia in Warsaw in September.

All the key Europa League dates