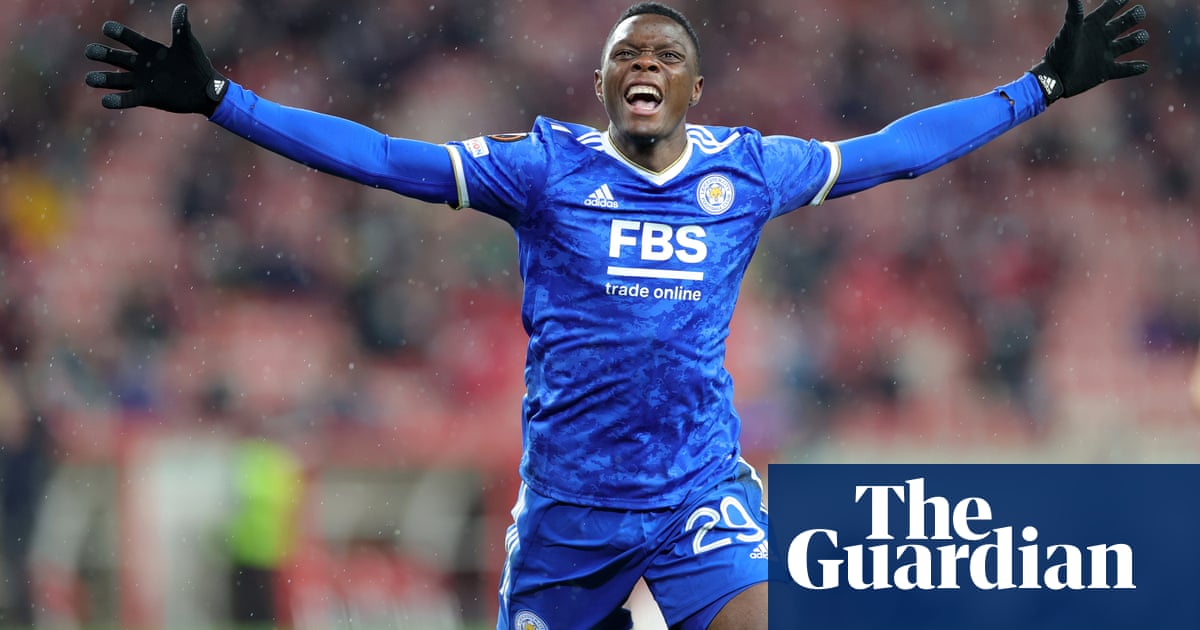 When Jamie Vardy was withdrawn at the break during Leicester’s 2-1 win over Brentford on Sunday, the club’s supporters must have cursed their luck. Leicester have been incredibly unfortunate with injuries this season, so the absence of their top scorer was another frustrating blow. Vardy will be 35 in January but he shows no signs of slowing down. He has scored seven goals in the league this season – second only to Mohamed Salah on 10.

In the past Leicester did not have a frontman who could ease the burden if Vardy were missing, but that is changing. Patson Daka, who came on for Vardy at half time on Sunday and set up James Maddison to score Leicester’s winner, joined the club from RB Salzburg in the summer with a huge reputation. The Zambian scored more goals (27) than any other player in the Austrian Bundesliga last season and attracted attention from a host of Europe’s top clubs. In the end, Leicester won the race for the 23-year-old, signing him for £22m on a five-year deal.

Brendan Rodgers sees Daka as a long-term replacement for Vardy and, rather than throwing him in at the deep end, the Leicester manager has eased him into English football. Daka enjoyed an explosive cameo in the Community Shield in August, coming on for the last 20 minutes as Leicester beat Manchester City at Wembley, but he has only played 84 minutes across Leicester’s opening nine matches in the Premier League, 45 of which came against Brentford on Sunday.

Daka has featured most regularly in the Europa League, starting all three of Leicester’s group games so far. He was quiet in the 2-2 draw against Napoli and the 1-0 defeat to Legia Warszawa, but supporters saw him at his destructive best in the 4-3 win over Spartak Moscow last week. He put the Russian side to the sword, rattling in four goals from six shots. Only Lyon forward Karl Toko Ekambi (five) has scored more goals in the competition this season. Toko Ekambi scored his goals across three matches; Daka scored his in 33 minutes.

Having scored in Leicester’s 4-2 victory over Manchester United and set up Maddison’s winner at Brentford either side of his four-goal haul, Daka looks ready for a run in the Premier League. With Vardy likely to pick up more injuries given his advancing years, having a top-class replacement is becoming increasingly essential for Rodgers.

‘A numbers game’: the hidden work of football statisticians

The manager does not have to change his approach that much when Daka comes into the team, which was one of the main reasons Leicester pursued him. Both strikers like to play on the shoulder of the last defender and use their searing pace to latch on to balls from deep. Daka showed this quality in Moscow last week, peeling off his markers to get on the end of through balls from Kelechi Iheanacho for his first goal, Youri Tielemans for his third and Maddison for his fourth.

His awareness and football intelligence are exceptional. It is a small sample size, but Daka has only been flagged offside once this season in 348 minutes of Europa League, Premier League and League Cup action. By comparison, Vardy has been flagged offside nine times in 767 minutes. Daka’s ability to hold his runs and then pounce at the exact right moment belies his tender years.

Leicester fans – and anyone who follows the Premier League – will be sad to see Vardy’s career draw to a close when the time comes. He remains incredibly consistent for a player of his age, but the club needs to plan for the future and a long-term partnership between Daka and Iheanacho is exciting. What looked like a big blow to Leicester against Brentford will also serve as an opportunity for Daka.