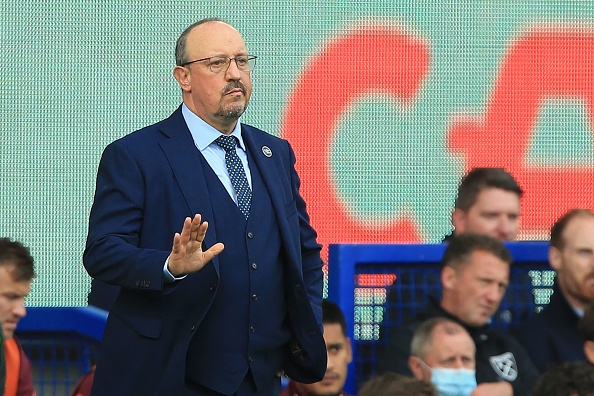 Ligue 1 side Angers plans to raise £35 million via the sale of Mohamed-Ali Cho with Leicester City taking an interest in the highly rated forward who left Premier League rivals Everton for free last year, as reported by L’Equipe.

After luring a little-known 16-year-old across the Channel in January 2020, the plan was for Cho to earn his stripes in the Angers academy before forcing his way into the first-team picture at Stade Raymond Kopa.

20 months on, Cho is not only one of the first names on Gerard Baticle’s team sheet, he has arguably filled Eduardo Camavinga’s boots as the most exciting teen talent in France’s top flight.

The first player born after 2004 to score a goal in Ligue 1 – feel old yet? – no-one at Angers is under any illusions about what the future holds for Cho.

The early-season pace-setters know, deep down, the former England U16 international is only passing through south west Paris with Angers a mere stepping stone on his journey to the top.

Cho could end up facing Everton in Leicester City colours

The 17-year-old won’t come cheap, however.

Angers president Said Chabane is likely to demand a sum in the region of £35 million in the summer.

And while that may feel ambitious, it’s worth noting Real Madrid paid a similar fee to sign Camavinga in August, despite the fact a man who exploded on the scene with a swaggering performance against Paris Saint-Germain as a 16-year-old had less than 12 months left on his Rennes contract.

With Everton’s recruitment team taking a battering in the aftermath of Saturday’s humiliating 5-2 home defeat to newly promoted Watford, the prospect of a teenager who left Goodison Park for nothing moving on for £35 million two years later won’t improve the mood in Gwladys Street.

In other news, 'I feel sick, what's wrong with Klopp?': Some fans cannot believe what Liverpool boss has just done