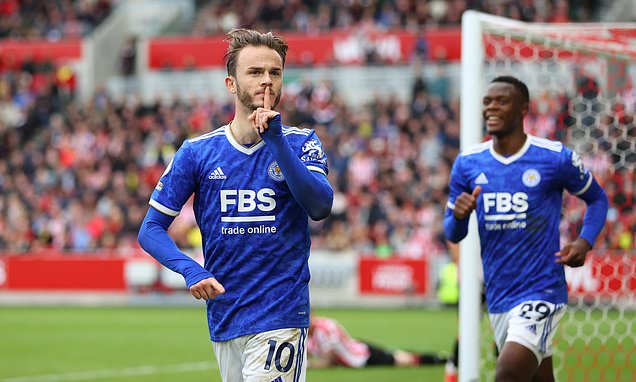 James Maddison put his finger to his lips to silence all those who continue to doubt him after he netted the winning goal away at Brentford.

Leicester went ahead in spectacular fashion when the ball squirmed free outside the area for Youri Tielemans to hammer past David Raya.

But Brentford are dogged - as Chelsea found last week - and so their equaliser came as little surprise, with Mathias Jorgensen nodding in.


Leicester, who have really picked up since their 2-2 draw away at Crystal Palace recently, pushed in search of a winner and got it through Maddison after he was picked out by substitute Patson Daka.