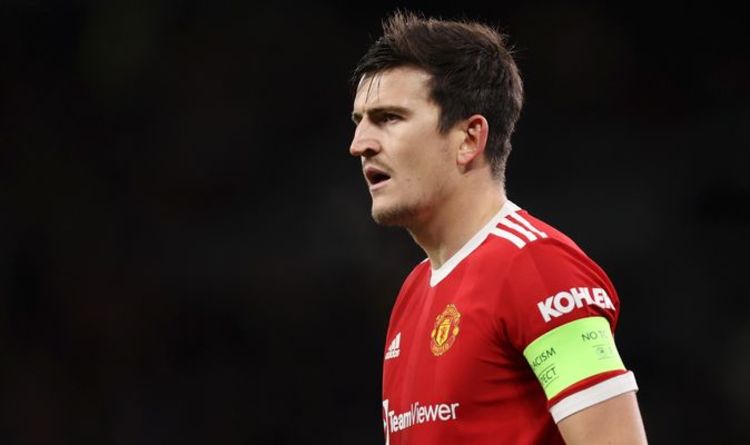 Manchester United director John Murtough is eager to raid Leicester City for the services of Wesley Fofana in the January transfer window, according to reports. The Red Devils previously landed Harry Maguire from the Foxes, with the 28-year-old going on to pick up the captain's armband at Old Trafford after becoming the world's most expensive defender.

United went on to add further quality at the back over the summer with the capture of long-term target Raphael Varane from Real Madrid.

However, Ole Gunnar Solskjaer's side have often looked far from convincing in spite of their defensive spending in recent years.

They have already conceded 10 goals from just eight Premier League matches this season, leaving them outside the division's top five at this early stage of the campaign.

The likes of Victor Lindelof and Eric Bailly have come under fire as of late after failing to impress in their respective back-up roles, leading to suggestions that another centre-back could be snapped up at the turn of the year.

It seems as though United are at least considering the addition of a new defender in January, with the Red Devils said to be keeping a close eye on Fofana at Leicester.

JUST IN: Man Utd 'would've been champions by now' if Ferguson swayed Klopp

The Red Devils are 'very hot' on signing the 20-year-old when the transfer window reopens, according to But! Football Club.Fofana has missed the entirety of the campaign after picking up a serious knee ligament injury during a pre-season friendly against Villarreal back in August.However, the report claims that his lack of fitness has not stopped United from weighing up the possibility of bringing him to Old Trafford.

The Foxes defender is expected to return in 2022, suggesting that he could be nearing a full recovery by the end of the January window.

United are said to be keen admirers of Fofana and identified the Frenchman as a priority target last year, only to be pipped by Leicester in the race to bring him to England.

They are believed to be willing to reignite their interest in the mid-season transfer window, but could end up facing stiff competition from Newcastle United this time around.

The Magpies have also been credited with a desire to land Fofana after their controversial Saudi-led takeover was finally completed earlier this month.

It remains to be seen whether either club will be able to tempt Leicester into selling the defender, who remains tied down at the King Power Stadium until the summer of 2025.

He emerged as one of Leicester's standout players last season, making 38 appearances in all competitions for Brendan Rodgers' side.United legend Paul Scholes previously urged his former club to sign Fofana, insisting that he is good enough to reach the very top over the course of his professional career.

"If I was Ole and could sign a defender this month, I’d go for Wesley Fofana at Leicester," Scholes told ESPN back in January.

"He’s only 20, but he has been outstanding and he has the potential to be anything he wants to be."