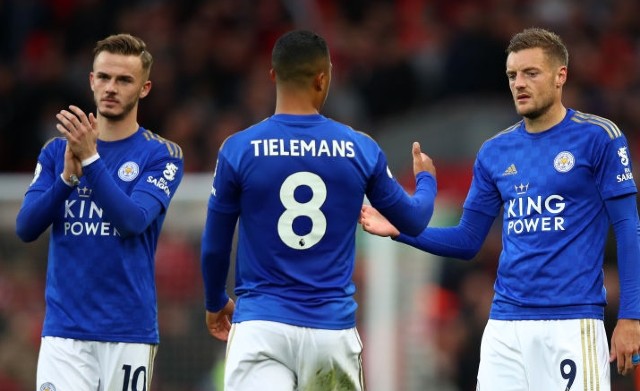 That’s according to a recent report from Italian outlet Calciomercato, who claims the midfielder is wanted by as many as seven top sides, including Ole Gunnar Solskjaer’s Manchester United.

The Red Devils are not alone in their pursuit of the highly-rated midfielder though – it has been suggested that they have been joined in the race to land Tielemans by Juventus, Bayern Munich, Real Madrid, Atletico Madrid, as well as Premier League duo, Chelsea and Liverpool.

MORE: ‘CHo, Kai, Mount is a deadly combo’ – These Chelsea fans are loving the team selection for Norwich match

Since joining Leicester City from Monaco in 2019, Tielemans has enjoyed a majorly successful period.

Having scored the winner against Chelsea in last season’s FA Cup final, which he later added to by beating Manchester City in the Community Shield, the Belgian playmaker has lifted two major trophies in the last 12-months.

Although clearly committed to Brendan Rodgers’ vision for the Foxes, fans will be concerned that their star player could have his head turned by one of Europe’s powerhouses.

Despite the long line of clubs understood to be interested, should the player himself wish to remain in England’s top-flight, it would make sense for both Liverpool and Manchester United to seriously test Leicester’s resolve.

Jurgen Klopp is still looking to find a suitable long-term replacement for Gini Wijnaldum, who left for PSG earlier this summer. Tielemans’ expertise and industrious work in the middle of the pitch, could see him become the Dutchman’s ideal long-term successor.

Elsewhere, the Red Devils are notoriously weak when it comes to a commanding midfielder who is capable of sitting slightly deeper.

Although any recruitment is likely to hinge on the contract decision Paul Pogba makes, should the Frenchman opt to quit Old Trafford once his deal expires next summer, Tielemans could very well become a serious target for Solskjaer.