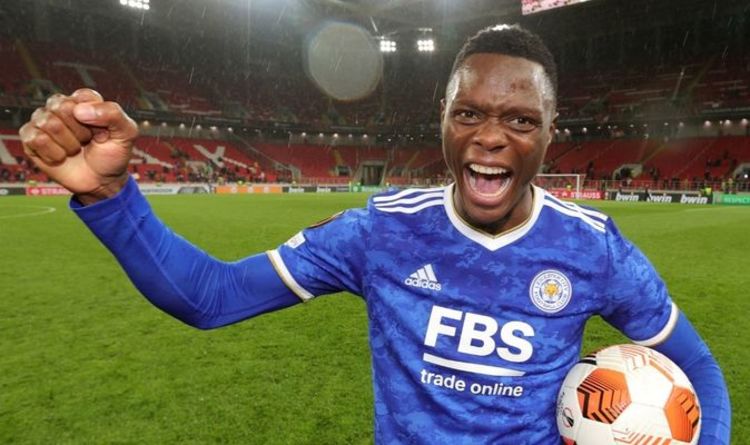 Patson Daka has enjoyed arguably the week of his life after finally getting up and running with Leicester, notching five goals in his last two matches for the Foxes to truly announce his arrival at the King Power Stadium. There was plenty of excitement in the East Midlands when the club's recruitment moved to land the 23-year-old from RB Salzburg, where he notched 51 Austrian Bundesliga goals in the past two seasons.

Daka replaced Erling Haaland at Salzburg with relative ease following the Norwegian's switch to Borussia Dortmund in January 2020 before earning his former club another significant payday.

The Zambian frontman has had to show patience since linking up with Brendan Rodgers' side but now his persistence and work ethic is finally paying dividends, allowing his quality in front of goal to shine through.

He was on target off the bench to put the icing on the cake as Leicester beat Manchester United 4-2 at home in the Premier League last weekend.

Rodgers then opted to start Daka in attack with Kelechi Iheanacho as Spartak Moscow, where Leicester needed a win to keep their European dream alive.

Leicester were in need of some inspiration as they trailed 2-0 in Russia and Daka was on hand to provide exactly that with a flurry of quick-fire goals.

He scored an eight-minute hat-trick before adding a fourth moments later to put Leicester 4-2 to the good before the Foxes eventually hung on to win 4-3.

Daka's razor-sharp finishing and scintillating movement is expected to earn him a start in the Premier League at Brentford on Sunday.

His breathtaking performance has seen Leicester's recruitment team praised once again for seemingly acquiring another gem but what most don't know is that Liverpool were in the running for Daka earlier this summer.

Transfer expert Fabrizio Romano recently revealed that the Reds had planned to push on with a move for the African goal machine if they had sold Xherdan Shaqiri and Divock Origi.

However, offloading the pair proved difficult, although the Swiss attacker would eventually get his move to Lyon.

"Liverpool this summer had a strategy, sell players and then eventually sign players.

"If they sold Shaqiri or Origi in the first days of June then they had a chance to sign Patson Daka because they were interested in him.

"They never made an official bid but they had interest in this striker from Salzburg.

"Then it collapsed because of the timing on Shaqiri, who was sold in August to Lyon and Origi who is staying at the club.

"Liverpool were interested in Patson Daka but Leicester were great in this deal, they convinced the player and they found an agreement with Salzburg with the right timing."

Liverpool were looking for some extra firepower and would later promote Harvey Elliott to the first-team before his sickening ankle injury in the 3-0 win at Leeds.

West Ham were also understood to be interested but Daka was set on being a part of the Leicester project and it already looks to be the right move for his development...