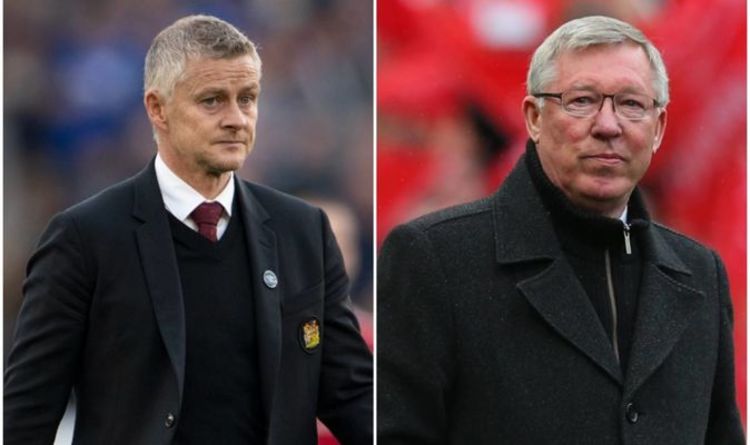 Whether he likes it or not, Ole Gunnar Solskjaer has a nice guy reputation. As a player he was nicknamed The Baby-faced Assassin and as a manager he is known as a softly-spoken, polite and amiable man who rarely breaks character. But with Manchester United in a rut, Solskjaer may need to alter his persona.

United have been in poor form for some time, so Saturday’s 4-2 defeat by Leicester City did not come as a wake-up call.

The game was merely a continuation of all that is wrong with the team. They were disorganised, lacked teamwork off the ball, defended poorly and relied on individual quality in attack.

Leicester were worthy winners and the better side - something Brendan Rodgers’ side have in common with many of United’s recent opponents.

Solskjaer’s side have kept just one clean sheet in their last 19 games. They have won just two of their last seven, one of which came via an extremely fortuitous injury-time goal against Villarreal.

There are big doubts hanging over the side, who now face a run of daunting fixtures against Atalanta, Liverpool, Tottenham and Manchester City.

“He’s got to find a basic defensive shape that the players buy into and allow the others to go win the games for him. It’s the only way for him to get the season back on track.

“The aura of Ronaldo, [Bruno] Fernandes is walking around with his arms out all the time, [Paul] Pogba doesn’t know if he is staying or leaving, the emerging captain Maguire thinking how he controls this lot.

“Ole has to solve it this week. On Sunday, this lot are an odd bunch, they could out and do Liverpool. They have to get that spirit and dynamic right.”

Solskjaer needs answers, and quickly. To do so, he must take a leaf out of Sir Alex Ferguson’s book.

Solskjaer saw first-hand how Ferguson dealt with clashing personalities, unhappy players and egos in the dressing room. He saw how the club’s legendary manager put an arm around some and blasted others.

Yet the 36-year-old’s lack of workrate is having a disastrous knock-on effect. Sancho, Greenwood and Fernandes were too frequently left in no-man’s land, with their half-hearted press far too easy to play through.

Solskjaer can no longer pander to the needs of star players. He needs to stamp his authority on things by handing out some good old fashioned Fergie hairdryer treatment.

His post-match comments at the King Power Stadium suggests he might do just that.

“We need to look at the whole set up and balance of the team,” he told BBC Sport. “And maybe something has to give.”

Something does have to give - and now. Solskjaer doesn’t have time on his side.