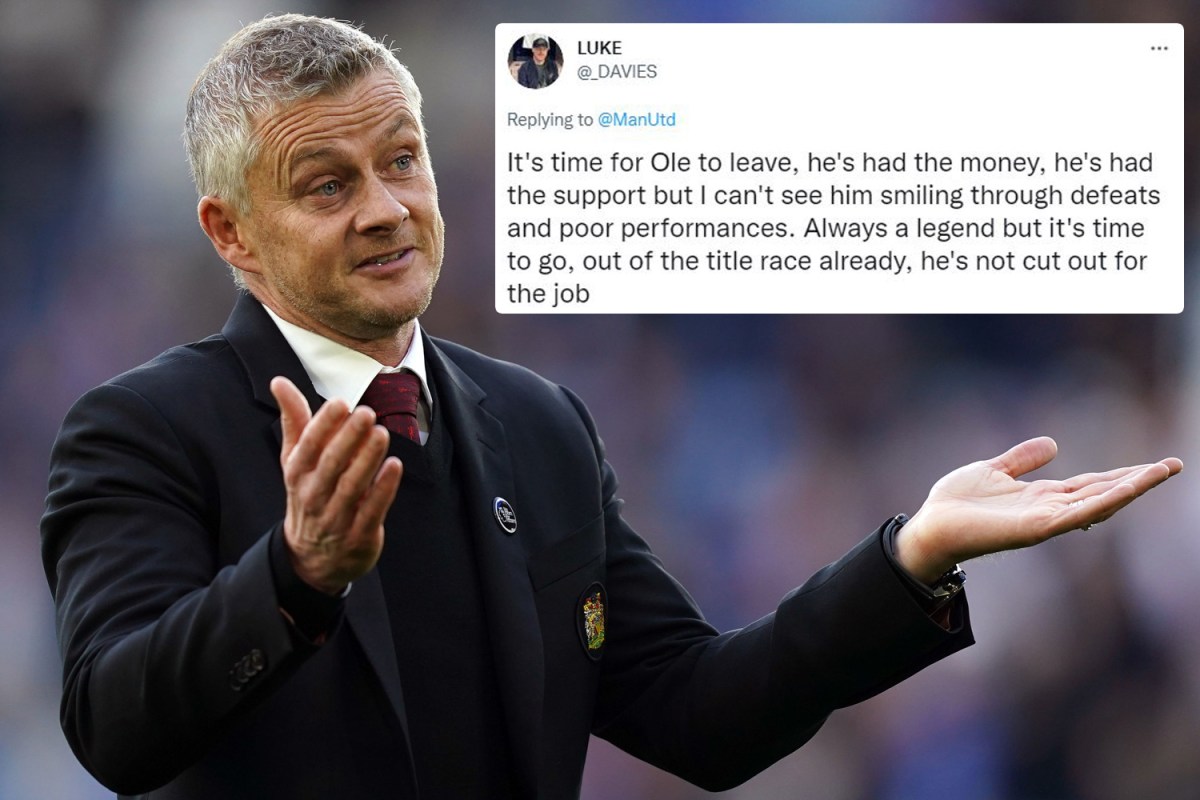 MANCHESTER UNITED fans have called for Ole Gunnar Solskjaer to be sacked following their 4-2 defeat to Leicester.

United started brightly and took the lead through a well-taken goal from Mason Greenwood.

But Leicester dominated for large parts and took the lead late on to extend United's poor run to one win in their last five games.

Pressure is growing on Solskjaer to improve both results and performances, with Gary Neville suggesting they are not at the same level as their title rivals.

Some fans are in agreement and want Ole to go as a result.

One supporter wrote on Twitter: "It's time for Ole to leave, he's had the money, he's had the support but I can't see him smiling through defeats and poor performances."

"Always a legend but it's time to go, out of the title race already, he's not cut out for the job."

Another added: "If Manchester United were a serious club they would sack Ole today."

A third said: "If United sack Ole tomorrow. Not one Premier League club phones him. That’s the difference."

Those tweets are just a few out of thousands calling on the Norwegian to be sacked by the Red Devils.

On Twitter #OleOut and #SackOle were trending after the defeat at the King Power Stadium.

To make matters worse for Solskajer, United have a tough run of games coming up which includes fixtures against Atalanta, Liverpool and Manchester City.

United have slipped to fifth in the league, five points behind leaders Chelsea without playing any of the top six.