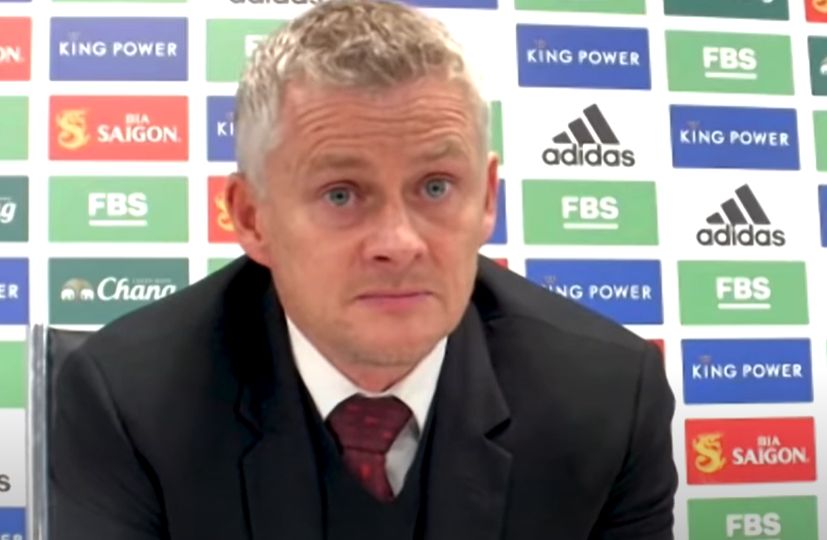 Manchester United manager Ole Gunnar Solskjaer summed up his dismay at his team’s performance in his post-match press conference yesterday.

The Red Devils were beaten 4-2 by Leicester City in a thrilling encounter at the King Power Stadium, but Solskjaer was clearly far from impressed with his players.

Watch below as Solskjaer points out that it says everything about the display that his goalkeeper David de Gea was probably the best performer, despite conceding four goals…

United supporters will surely be growing impatient with Solskjaer at the moment, with this United team showing some of their worst form during the Norwegian’s reign, despite so much money being pumped into the squad.

MUFC now have some even more difficult games coming up, with games against the likes of Liverpool and Manchester City on the horizon, as well as a tricky Champions League clash against Atalanta.

De Gea may have had a decent game against Leicester, but standards surely need to be much, much higher than this.