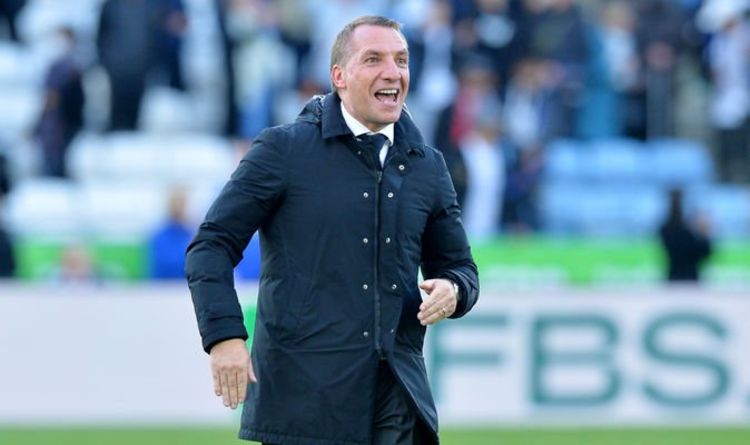 Manchester United boss Ole Gunnar Solskjaer was dumbfounded when asked why his side were struggling following their 4-2 to loss to Leicester on Saturday. Star midfielder Paul Pogba also admitted that he had no idea why recent results - and performances - had been so poor.

But Leicester boss Brendan Rodgers has provided the United duo with an answer to their problem.

"I thought we started well, their central players weren’t pressing so we could be patient and work the ball through the pitch, we got into some really good areas and put pressure on their backline," he said.

Rodgers reckons United's midfield three of Nemanja Matic, Pogba and Bruno Fernandes were not putting enough pressure on his team.

That left space for James Maddison to dictate play and keep feeding passes to Jamie Vardy and Kelechi Iheanacho.

United were able to get on the scoresheet twice through Mason Greenwood and Marcus Rashford but it was not enough to ease the pressure on Solskjaer.

"Mason scored an unbelievable goal, we can be better but you can’t take away from the quality of his strike," Rodgers added.

"We came in at half-time in a good place. It was just about reinforcing our aggression in the game, that’s when we’re at our best, once we’re pressing well and being that aggressive, in particular the second half we were very good.

"That's much more like how you’re used to seeing us play, being really aggressive, being a really difficult team to play against. We pressed well, and that takes the tempo up, allowing us to create opportunities.

"We created opportunities, scored four, could have had some more, our concentration levels were high. That was much more pleasing in terms of performance level."

Man Utd's midfield has been accused of not pressing hard enough (Image: GETTY)

“I have got many good players. Fred, Edinson Cavani, you miss them. I am not making excuses for the team I put out there, they are top footballers and we have not produced.

“It says everything our best player was David but we still conceded four goals.

“We have to dust ourselves off. Make sure that when we come in again, freshen our minds, we've looked ourselves in the mirror, I've looked myself in the mirror, and make sure we perform. That is the nature of football, you have to respond to set-backs.”