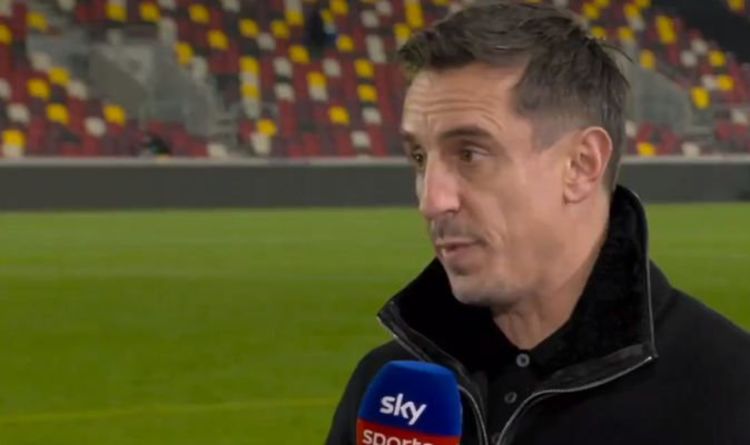 Manchester United legend Gary Neville has called out five players including Cristiano Ronaldo for not working hard enough as Ole Gunnar Solskjaer's side fell to a dismal 4-2 loss against Leicester on Saturday afternoon.

United sit fourth heading into a horrible run of fixtures which includes facing the likes of Liverpool, Tottenham, Manchester City, Chelsea and Arsenal over their next six league games.

And Neville is concerned that there are not enough "workhorses" in the XI to pick up results.

"There are issues because they are nowhere near good enough and I said this a few weeks ago, the moment they start to play half decent teams they’re going to struggle," Neville told Sky Sports.

"It’s been scrappy and scruffy to watch, so when you play against a team that’s got an organisation to them, a methodology, you’re going to get pulled apart and that’s what happening.

"I love them as players but having them all in the same team, not enough workhorses.

"There’s a reason Darren Fletcher and John O’Shea, Gary Neville, Nicky Butt, Tom Cleverly, players like that over the years got a game, Ji-Sung Park, Owen Hargreaves, got games alongside the great players because you need workhorses alongside them.

"They won’t do anything with the manager, ultimately the club are stable in that respect of what’s happened in the last 10 years, they recognise they’re going to go through these moments.

"They are integrating Varane, Sancho, Cristiano Ronaldo and I think they’ll see it through.

"But there’s massive pressure, it’s not coming, it’s here before the international break even more so today.

"It’s not going to go away and it should be there it’s Manchester United, they’ve spent a fortune and got some of the best players in the world."