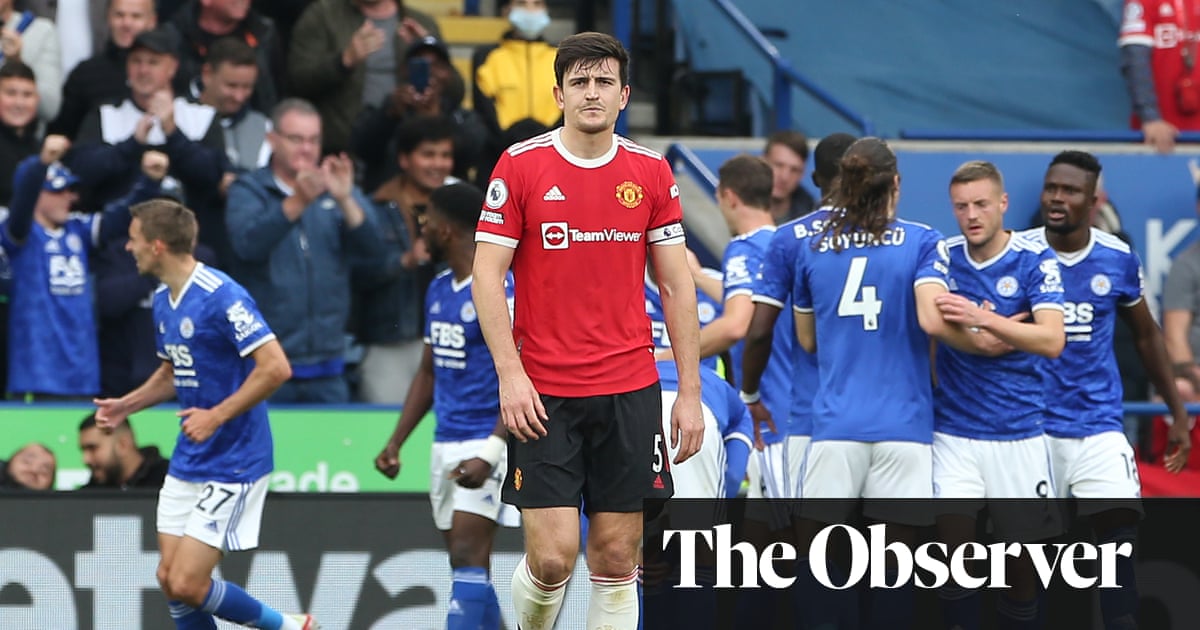 Ole Gunnar Solskjær accused his side of failing to play with enough intensity after Manchester United slumped to a wretched 4-2 defeat against Leicester at the King Power Stadium.

United, who have taken one point from their past three games, dropped to fifth after a dismal defensive display.

Leicester hit back after an early goal from Mason Greenwood and heaped the pressure on Solskjær with some ruthless finishing.

“The goals we conceded were disappointing,” United’s manager said. “The timing of them and the way they were conceded.

“We weren’t good enough with second balls and 50-50s – the things that give you the right to win a game of football. We couldn’t get them 50-50s turning our way. It says everything when your best player is the goalie, David de Gea, and still we conceded four goals.”

Solskjær cannot continue to survive on goodwill and fond memories

Solskjær defended his decision to start Harry Maguire, who was expected to miss the game with a calf injury. The defender was at fault when Youri Tielemans cancelled out Greenwood’s opener.

“It was my decision to play Harry,” Solskjær said. “He’s worked hard with his rehab. He’s a big massive player for us. He’s our captain. Maybe he needed that first half to get going. But he got better throughout the game. The game was ebbing and flowing.”

Paul Pogba said United have to improve. “We have been having these kind of games for a long time,” the midfielder said. “We have not found the problem, conceding easy goals, stupid goals. We need to be more mature, play with more experience and arrogance in a good way. We need to find something, we need to change.”

Solskjær said United, who face Atalanta in the Champions League on Wednesday, do not have an attitude problem. “We’ve been really good at showing our character when we needed it,” he said.

“These boys are coming out fighting. The attitude has always been good. We need to stick together. In training they want to do better. Today we weren’t capable of it.”

Brendan Rodgers was delighted with Leicester’s performance. They triumphed thanks to goals from Caglar Soyuncu, Jamie Vardy and Patson Daka during the dying stages. A late effort from Marcus Rashford could not deny Leicester their first league win since 28 August as United’s run of 29 away games in the league came to an end.

“It’s much more like what we’ve been used to seeing,” he said.

“We were much more aggressive. Once you can press and be aggressive that takes the tempo of your attacking game up. We were excellent. We scored four and could have had more.”