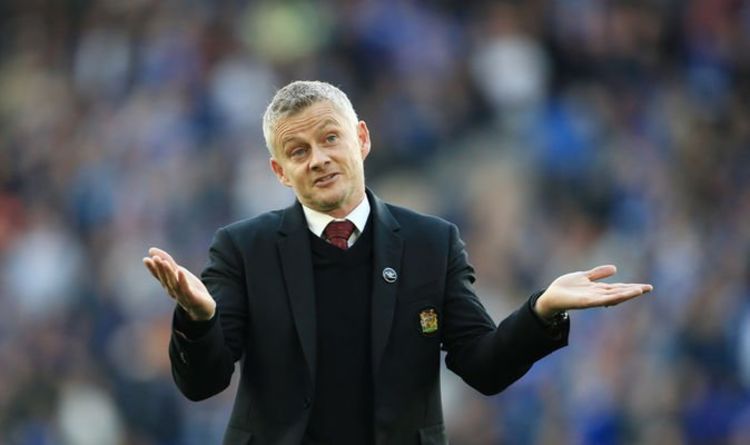 Manchester United boss Ole Gunnar Solskjaer has threatened to drop his star players after watching his side whimper to a 4-2 Premier League defeat to Leicester City on Saturday afternoon. United produced a dismal display in the east Midlands and appear to be in danger of freefalling down the table if they can't stem their flow of recent defeats.

Man Utd's latest loss means they have now failed to win five of their last seven games in all competitions.

"Lately we have not been in great form - lost too many points and that is something we have to look at," admitted Solskjaer following the game.

"We might have to change - do we need more legs in there? What do we need?

"I pick the team, Harry Maguire showed no reaction and I hold my hand up if that does not work out. If we concede four, I probably made a bad decision.

"When you look at the game after, the four goals we conceded were poor. The way we played we don't deserve to continue that [away unbeaten] run.

"I have got many good players - Fred, Edinson Cavani, you miss them. I am not making excuses for the team I put out there - they are top footballers and we have not produced."

United’s afternoon had started well after Mason Greenwood struck a superb long-range effort to put the visitors ahead after 19 minutes.

But Brendan Rodgers’ side were level at the break after Kelechi Iheanacho robbed Maguire to tee-up Youri Tielemans for a sweeping finish.

Maguire had been a surprise inclusion in Solskjaer’s starting line-up after reports suggested he would miss the game through injury and the England international endured a miserable afternoon.

Marcus Rashford, who had come off the bench for his first appearance of the season, brought United level at 2-2 with a brilliant finish after running onto a long ball from Victor Lindelof.

The 36-year-old had struck a hat-trick for Portugal in midweek but was nowhere near his best for this one as he was starved of decent goalscoring opportunities.

Ronaldo was livid after being left out against Everton and his side’s performance at Leicester could leave him wondering why he even bothered returning to Old Trafford this summer.

United host Atalanta in the Champions League on Wednesday night, and another slip-up could well be the final nail in the coffin for Solskjaer.