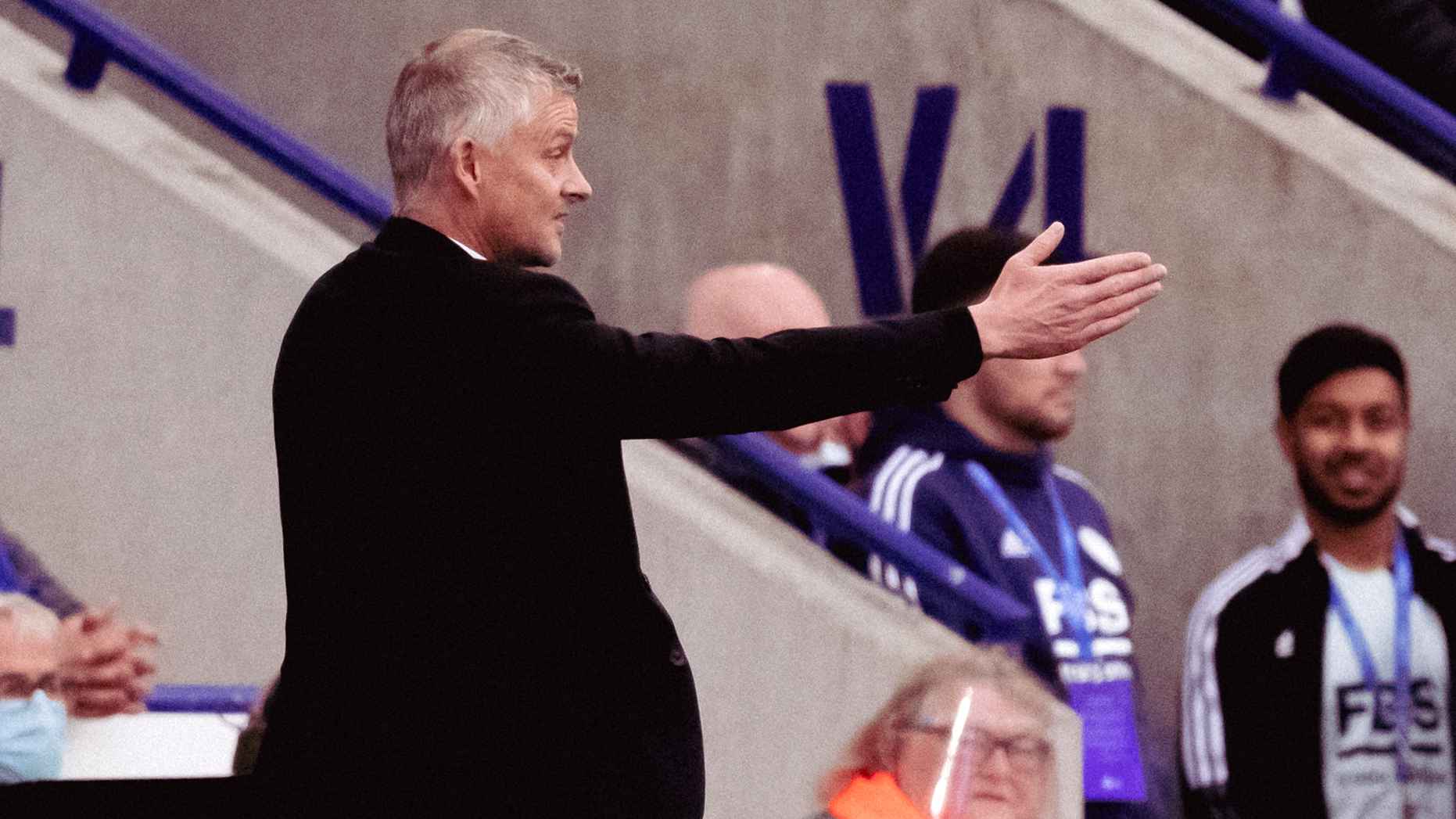 Ole Gunnar Solskjaer has given his response to Manchester United's 29-match unbeaten away run in the Premier League coming to an end at Leicester City.

The Foxes ran out 4-2 victors, despite goals from Mason Greenwood and Marcus Rashford, as Youri Tielemans, Caglar Soyuncu, Jamie Vardy and Patson Daka all found the net for the home side.

The boss had this say to after the game...

BAD DAY AT THE OFFICE

"Today, the goals we conceded were disappointing, the timing of them and the way they were conceded. We weren't good enough in the second balls, the 50/50s, the things that make you earn the right to win a game of football. Unfortunately, we couldn't get it our way. It says everything when David [De Gea] was our best player and we concede four goals. We were not good enough - with and without the ball. You have to run, block and tackle and we didn't do that enough."

"It was my decision to play Harry, he's worked hard with the rehab. He looked ready. He's a massive player for us and we want him back as soon as we can. Yeah, maybe he needed a first half to get going. He got better as the game got on."

"We didn’t deserve a point. We got the lead, Mason showed his quality and then we give them a goal. All the goals we conceded were disappointing in the way we conceded. It wasn’t just the midfield, but we were too easy to play through. Maybe we gave too much space but that just the whole team. I agree we didn't defend well enough. Today, we just didn't do things well enough."

MASON ON THE MARK

"Yeah, an incredible goal. A great goal. I thought he had some big moments that we missed out on. Because he had some space that we didn't pass into, and we looked like we could maybe get the second and then we gave the easy, sloppy first goal away, which is disappointing. But then also a couple of set-play goals is disappointing. We've been solid at that [before this]. But we need to do better."

MORE TO COME FROM RASHFORD

"You're hoping! But then Marcus has worked hard and he does that. It was great to see him back on the pitch. That's probably the only bonus today. Maybe David. But when your keeper is the best player when you've conceded four, it has been a bad day."

"Every goal disappoints you to concede. If some team outplays you that's fine - that's well done to them. But today the first one we gifted, the second one is a set-play that we should do better. We don't really get our heads on it, and the blocks. Third one, it's 10 seconds after we equalised. It shouldn't happen. It's just one of those things: deal with it. It's a long ball from Jonny and we should just deal with it. Then the last goal is a set-play again, which is disappointing. It's concentration, focus, every time you concede a goal."

"Every game is important in the league, Leicester away is as difficult as Atalanta at home. I look myself in the mirror, we have to get better."