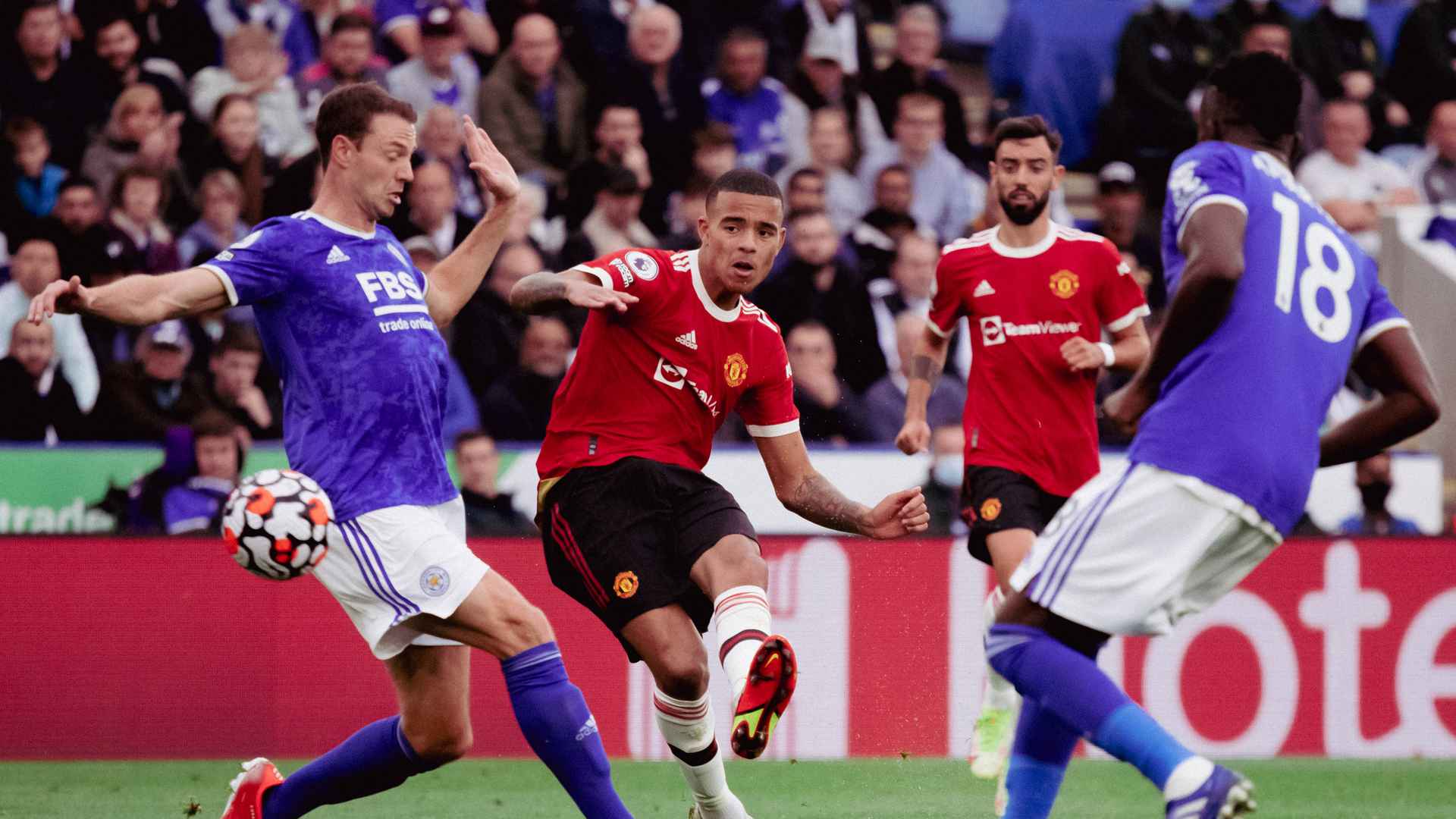 Manchester United's unbeaten away run in the Premier League came to an end as we lost 4-2 to Leicester City on Saturday.

Ole Gunnar Solskjaer's men returned to English top-flight action with a trip to the King Power Stadium in the East Midlands. Going into the game, the Reds had a 29-game unbeaten streak away from home but, unfortunately, that was ended by the fired-up Foxes.

It started brightly for United, however, as Mason Greenwood fired us ahead with a stupendous strike in off the inside of a post, midway through the first-half, before Youri Tielemans also found the top corner, past David De Gea, to equalise for Leicester before the break.

After the interval, Caglar Soyuncu edged the Foxes ahead in the 78th minute with what was the start of a late goalfest. Five minutes later, Marcus Rashford, on his return from injury, smashed in an equaliser for the Reds but an immediate response from Jamie Vardy and an injury-time goal from substitute Patson Daka put the game to bed.

Mason Greenwood produced a moment of magic when his strike sent United 1-0 up against Leicester.

FIRST HALF – A ROCKET FROM MASON

It was the home side that produced the first chances of the afternoon. Kelechi Iheanacho dribbled his way past Paul Pogba and Harry Maguire in the sixth minute and, after some interchanges between James Maddison and Tielemans, our captain was there to clear a cross across the box.

Greenwood had the Reds' first shot on target after 12 minutes but our no.11’s attempt went straight at Foxes captain Kasper Schmeichel from outside the area.

However, the 20-year-old would soon score an absolute screamer past the Denmark goalkeeper. After combining with Aaron Wan-Bissaka, Greenwood collected a Bruno Fernandes pass and cut onto his left foot to rifle the ball into the top corner, via the post. The unbelievable strike was the forward’s fourth league goal of the season and put United ahead in the 19th minute.

Leicester tried to get an immediate response but a strike from Vardy, three minutes after our opener, was easily saved by De Gea. Then, Ricardo Pereira’s cross from an acute angle almost sneaked in at the far post but, thankfully, went inches wide.

Cristiano Ronaldo then went close but our no.7’s shot from inside the Leicester box was stopped by an instinctive reaction save by Schmeichel. The chance came from great link-up play between Ronaldo and Jadon Sancho but there was a suspicion of offside in the build-up, which would have been scrutinised by VAR.

In the 31st minute, the home side got their goal. United’s failed attempt to play out from the back resulted in a pass from Iheanacho to Tielemans at the edge of the United area. The Belgium international hit the ball first time and found the top far corner with a looping strike past De Gea to make it 1-1 at the King Power Stadium.

After the equaliser, a shot from Iheanacho from outside the box and an acrobatic bicycle-kick attempt from Ronaldo, which was called as a foul, was as close as we got to another goal before the interval as the teams went into half-time with honours even.

Leicester produced the first chance in the second half but the dangerous Iheanacho couldn’t find the net with his attempt.

Shortly after, Sancho set up Greenwood 25 yards from goal but the first-half goalscorer smashed it over Schemichel’s goal. Our next chance came in a very similar way but this time it was Ronaldo who found our no.11 but, again, the attempt did not hit the target.

Victor Lindelof got a booking from referee Craig Pawson in the 52nd minute but the following free-kick from James Maddison was blocked by the Sweden captain in the United wall. Nemanja Matic then almost produced a Goal-of-the-Season contender with the sweetest of hits on the half-volley but the clean strike went just over the crossbar.

In the 65th minute, Rashford made his long-awaited return for the Reds as he replaced Sancho before De Gea, who has been in magnificent form this campaign, produced another stunning save to deny Tielemans a second goal. A powerful shot from the Belgian was tipped onto the post and wide by our no.1.

Marcus Rashford came off the bench to score for United after he replaced Jadon Sancho in the 65th minute.

Unfortunately, the Foxes soon went ahead, following a corner, as Soyuncu tapped home from close range following pinball inside the United box.

Ole reacted immediately. Scott McTominay and Jesse Lingard came on to replace Matic and Greenwood and United found an equaliser straight away. Lindelof played a delightful through ball and Rashford raced through and smashed home, one on one with Schmeichel.

A hectic few minutes ended with another Foxes goal. Straight from kick-off, the home side went on the attack which ended with a sublime half-volleyed strike from striker Vardy, following Ayoze Perez's pass, to send the King Power Stadium wild once again. In injury time, substitute Daka ensured United's unbeaten run away from home came to an end with Leicester's fourth goal, when he smuggled home at the far post, following a corner.

It wasn't United's day at the King Power Stadium.