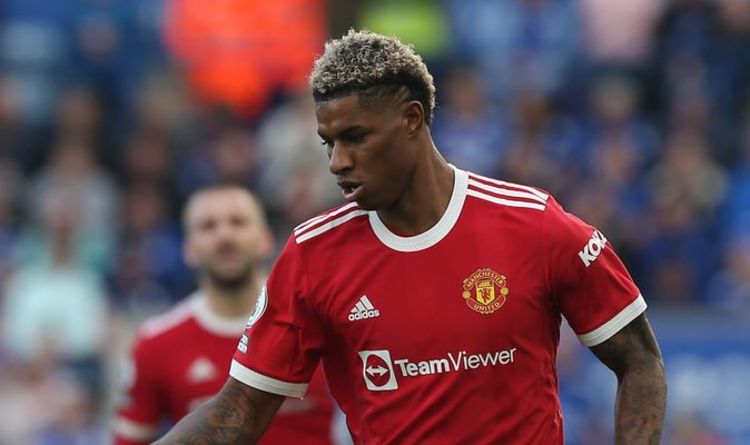 Despite his goalscoring return on Saturday, Manchester United manager Ole Gunnar Solskjaer may have to deny Marcus Rashford his preferred position this season. Rashford scored Leicester City beat United 4-2 at the King Power Stadium, but his future may not lie on the left flank.

The 23-year-old made his first appearance of the season this weekend after recovering from the shoulder surgery he underwent in the summer.

After replacing Jadon Sancho in the second half, Rashford marked his return by striking United level in the 82nd minute.

Despite Leicester's late double to make it 4-2, he produced a statement of intent amid tough attacking competition in Solskjaer's squad.

But the Norwegian boss may have to play him away from his preferred left-wing position after United's summer transfer business.

JUST IN: Solskjaer hits back at Ferguson criticism of Ronaldo decision

In April 2020, Rashford explained why he prefers to play as a left-winger rather than the sole striker in Solskjaer's 4-2-3-1 system.

He told the UTD Podcast: "When you are on the left, you can create a lot more things on your own, giving that little bit more to the team.

"Whereas when you are playing up front, sometimes you are isolated and need someone in midfield who can find passes for 90 minutes of a game, so you can disappear in games sometimes as a number nine.

"When I transitioned to a number ninewhen I was younger, that's the bit that I struggled with as I was always someone who wanted to express myself on the ball."