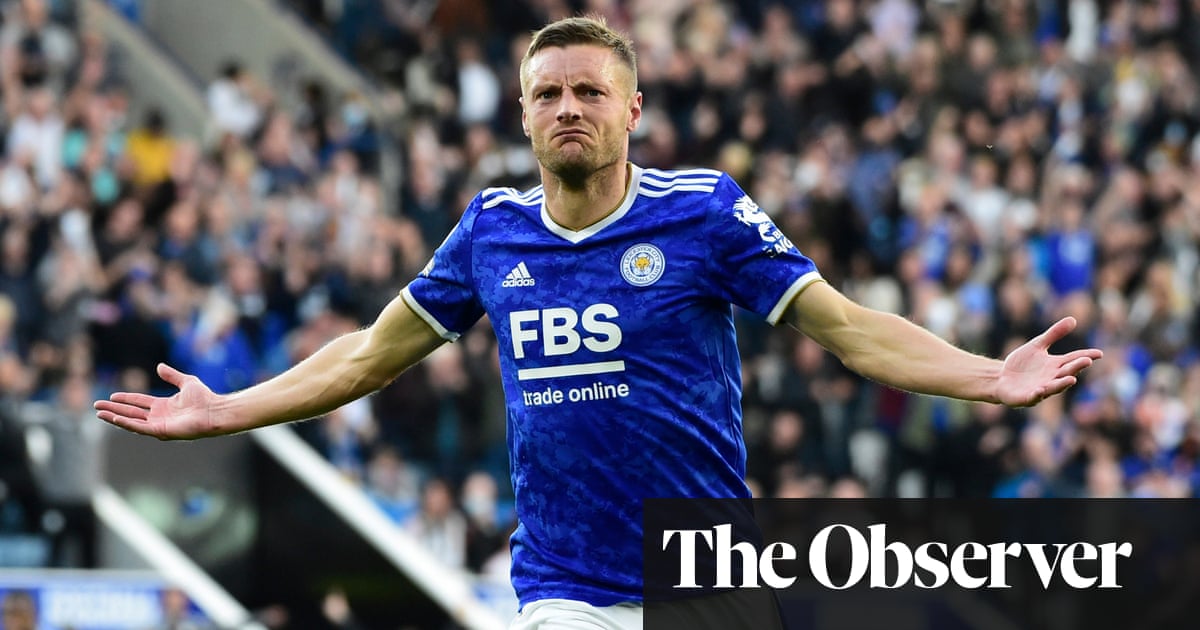 The most damning aspect of this sorry performance from Manchester United is that Leicester City simply looked like the better coached team. Ole Gunnar Solskjær had Cristiano Ronaldo, but Brendan Rodgers had a plan. Leicester, who had not tasted victory in the league since 28 August, were slicker and smarter from start to finish and there was no doubt that they were deserved winners. Youri Tielemans delivered a magnificent driving performance from central midfield, James Maddison rediscovered his creative zest and United were a sorry bunch, their 29-game unbeaten away record in the top flight brought to an end.

The questions about Solskjær will not go away after this tactically incoherent display. United, who have taken one point from their last three games, could not rely on individual quality to bail them out. A special goal from Mason Greenwood and a late equaliser from Marcus Rashford on his first appearance of the season could not mask their dreadful defending.

The tone was set by Harry Maguire allowing the ball to run out of play inside the first minute. United looked sloppy and distracted, particularly when Leicester harried them, and Maguire was not the only player who struggled in possession.

United were fortunate not to be punished for making yet another messy start. There was too much space in front of their back four at times, which was to be expected with Paul Pogba playing in a deep-lying midfield role alongside Nemanja Matic, and it was hard to detect much of a plan in attack. Jadon Sancho, making his third league start of the season, was quiet on the left and there were times when it seemed United had no way of penetrating Leicester, who were far more secure after reverting to a back three.

It certainly helped that Leicester had Jonny Evans available to accompany Daniel Amartey and Caglar Soyuncu in central defence. Evans, who has been struggling with a persistent foot problem, was a calming presence and the hosts were also boosted by some encouraging flashes in attack from James Maddison, who captured the crowd’s imagination with some delightful touches in the No 10 role.

Leicester were the much slicker team during the opening period. Boubakary Soumaré was neat and tidy in midfield, combining with Tielemans to outplay Matic and Pogba. The wing-backs, Timothy Castagne and Ricardo Pereira, were adventurous on the flanks and Maddison, whose form has been disappointing recently, was full of mischief.

The frustration for Leicester was that they had done little wrong before succumbing to a moment of genius from Greenwood in the 19th minute. There did not appear to be much on when the striker took a pass from Bruno Fernandes on the right and, seeing that Castagne had slightly backed off, cut inside before unleashing a vicious left-footed drive that dipped and swerved to Kasper Schmeichel’s right.

The goal summed up United. One moment of individual quality had masked their lack of cohesion and they could have doubled their lead in the 28th minute, only for Schmeichel to make a smart save from Ronaldo’s deflected shot.

Leicester did not deserve to be behind. They kept pushing, almost equalising when Maddison picked out Pereira to volley inches wide, and continued to put United under pressure. Jamie Vardy’s willingness to run the channels was making him a difficult opponent for Victor Lindelöf, who did not convince in place of the injured Raphaël Varane, and the sense that Solskjær had rushed Maguire back from a calf injury too soon increased when the England defender made the error that led to Tielemans dragging Leicester level.

It was an inexcusable goal for a supposedly top side to concede and United only had themselves to blame. They had the situation under control after being awarded a free-kick just outside their own area and it beggared belief that they were unable to play their way out of trouble. Maguire was too slow to react when Kelechi Iheanacho challenged him and a flummoxed David de Gea was caught out of position when Tielemans, who had a quick look up, dinked a glorious chip into the top-right corner from the right.

There was no sign of United improving after the break. Rashford came on for Sancho, who did not look like a £73m talent, but Leicester continued to dominate. It took some magnificent saves from De Gea to keep United level.

A goal was on the way and it arrived when United failed to clear their lines from a corner. The ball dropped to Patson Daka, who replaced the impressive Maddison, and although De Gea saved the Zambia striker’s low drive, the rebound bounced to Soyuncu to score from close range.

United, who had spent most of the second half botching counterattacks and giving away free-kicks, had to respond. They did so out of nothing, Lindelöf’s straight long ball releasing Rashford to race clear and fire emphatically past Schmeichel, and at that point the stage seemed set for Solskjær’s side to pull off yet another unlikely victory.

Not this time, though. This time United got precisely what they deserved when Leicester attacked down the left and Aaron Wan-Bissaka sold himself with a ludicrous challenge, allowing Ayoze Pérez to burst into the area and pull the ball back into the middle, where Vardy was waiting to blast a rising shot past De Gea.

The lack of tactical discipline was astonishing and United soon fell apart at another set-piece. Tielemans sent in a free-kick from the left and the cross somehow drifted all the way through to Daka, who was free to complete United’s humiliation.