Will Daka and Mwepu finally put Zambia on English football’s map?
The Guardian 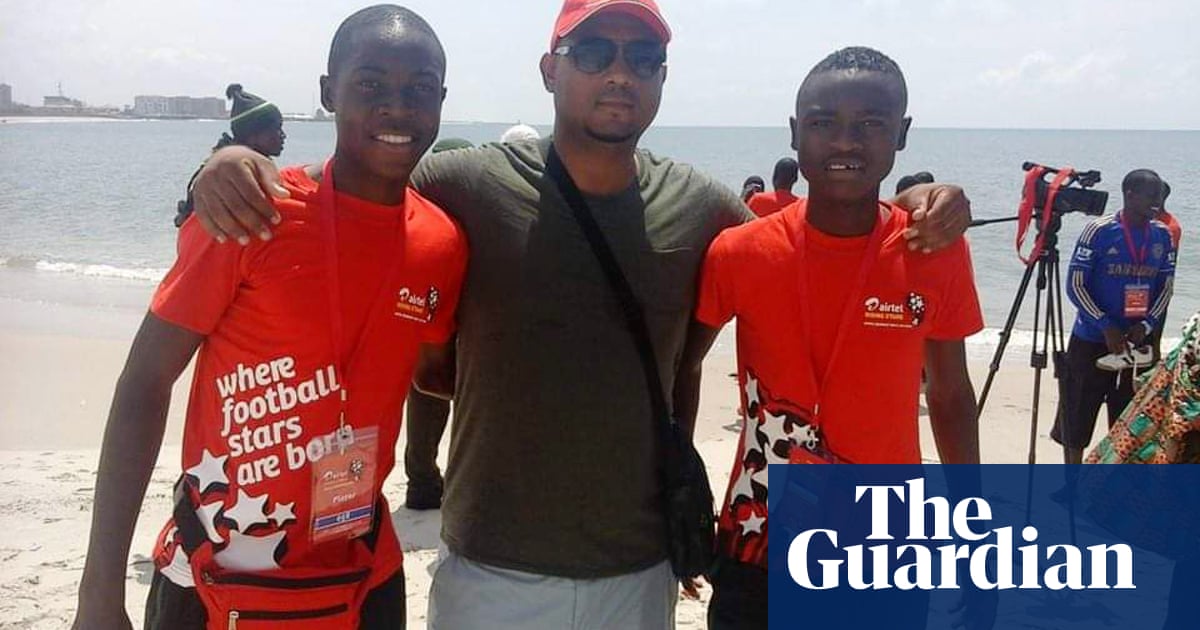 “I’ve had to do things differently because it’s a bit more difficult to expose your players from here,” says Lee Kawanu. “If someone hears about Zambia, first of all they would like to know where it is on the map.”

More than half a century after Zambia’s Emment Kapengwe and Freddie Mwila became the first African players to sign for Aston Villa under Tommy Docherty, the arrival of their compatriots Patson Daka and Enock Mwepu in the Premier League this summer set pulses racing among Chipolopolo supporters.

Confirmation that Brighton had signed Mwepu – known as ‘The Computer’ in his homeland for his ability to read the game – came six days after Daka’s £23m move to Leicester had been completed, meaning the two graduates of Kawanu’s Kafue Celtic academy became the first Zambians to join a side in England’s top flight since Southampton’s Emmanuel Mayuka in 2012.

Mwepu started once for Graham Potter’s side in the Premier League before picking up a groin injury that ruled him out of Zambia’s World Cup qualifiers this week, and Daka has been restricted to 26 minutes as a substitute against West Ham.

“From the point of view of a fan, you might think they have struggled,” Kawanu says. “But honestly speaking, this is exactly how we expected it to go. If you look at Patson, Brendan Rodgers really made an effort to speak to him and explain his long-term plans. He knows exactly what he needs to do and they are constantly talking. Wherever Patson has gone, he has always had this phase where he takes time to fit in but his ability to adapt is what will make him a big star in England. But you can’t expect him to come in and displace Jamie Vardy in a couple of months – that’s ridiculous.”

Kawanu was born in Russia but grew up in Kafue, 30 miles from Zambia’s capital, Lusaka. He started to revive his hometown club in 2007 and became aware of Daka when the striker was 12.

“His dad used to bring him to the club as a small boy and he told me: ‘One day you will be so happy with this boy and what he will bring for you and this club.’ I brushed it off as just another proud dad.”

Nathtali Daka, a former winger for local side Nitrogen Stars, died before Kawanu had the opportunity to tell him he had been right. Daka’s performances at the 2017 African Under-20 competition in Zambia saw him voted player of the tournament and caught the eye of Frédéric Kanouté, the former West Ham and Tottenham striker who owns a player agency, 12 Management.

Patson Daka is awaiting his first Leicester goal – the strike that triggered this celebration against Napoli was disallowed. Photograph: Shaun Botterill/Getty Images

Kanouté arranged for Daka to spend six months on loan at feeder club FC Liefering on loan before Red Bull Salzburg signed him on a permanent deal, with Mwepu – who had moved to Celtic as a 15-year-old – joining him in Austria that summer.

“I had offers from many different places but I trusted in Freddie when he told me this would be the best route for them,” Kawanu, a former head of the Zambian Football Assocation’s youth development programme, says. “They develop players not to keep them but to sell them on because they want to turn a profit. It was the perfect place for the boys to go.”

Both players played significant roles in helping Salzburg to win four successive league titles, and Daka was voted Austrian player of the season in his final campaign. Despite Kawanu’s best attempts to prepare his players for the challenges of moving to Europe, however, he admits they were at a disadvantage compared with local players in terms of development when they arrived.

The Fiver: sign up and get our daily football email

“When Patson first moved to Austria he was sent out on loan initially because they weren’t 100% convinced they wanted to sign him. Why? Because he was lacking certain basics that we didn’t teach him at the right age,” he says. “To give our boys the edge, we have started recruiting players as young as 12 from all over the country. We’re now giving them the right diet and we have brought a conditioning coach over from Brazil to help test them properly. It’s important that we start early so by the time they are 18, they have had six years to prepare. Then we will stop just hoping these players become stars just by chance and actually help to manufacture them for Europe by using the same approaches.”

Kawanu, who is planning to expand Kafue Celtic’s academy thanks to funds received from Daka’s and Mwepu’s moves to the Premier League, has particularly high hopes for the next generation of players developing under the watchful eye of Kanouté.

“We have a relationship where he helps me get experts to come and improve our coaches and players. He looks out for us. My hope is that other clubs in Zambia can have their own pathways and then slowly we will start growing the industry here. Football is the only sport anyone cares about here.”

Mwila and Kapengwe made four appearances for Villa after signing in 1969 before being allowed to leave their two-year contracts early, although their feats remain a proud part of Zambian football history.

“I have seen the comparison and people have been talking about them on social media,” says Kawanu. “I also hear they are blowing up the Leicester message boards with complaints about Patson not playing – Zambians can be a bit over-zealous! I think some Leicester fans in the UK are getting a bit fed up with them. They were saying: ‘We went through this with [Riyad] Mahrez; not again!’ They will learn to appreciate each other in the end.”