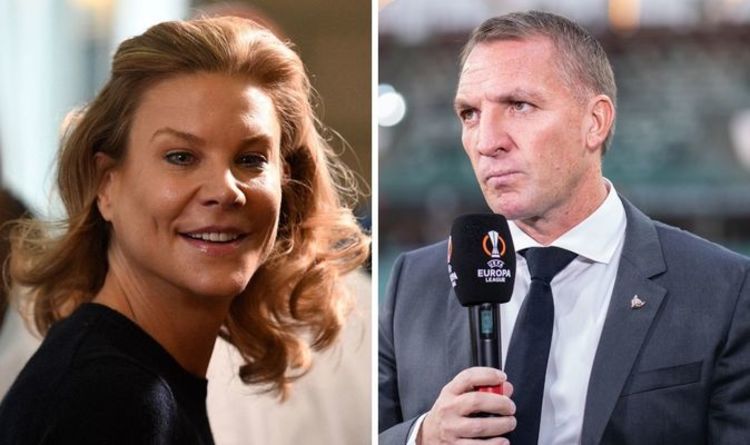 Newcastle's new Saudi-backed owners seemingly want Brendan Rodgers to help lead them in a new direction - but the Leicester boss has already made it clear how he feels about leaving the King Power Stadium. Steve Bruce is all set to reach his milestone 1,000th game as manager this weekend when Newcastle host Tottenham.

Little over a week ago, his position was under no serious threat despite a poor start to the season.

But the £305million takeover by the Saudi-led Public Investment Fund (PIF) has now placed Bruce in a precarious position.

Meetings have already taken place this week between Bruce and Amanda Staveley, although reports indicate they haven't fully disclosed on what plans are in place for a possible change in the hotseat.

For now, Bruce has continued to take charge of training sessions and it looks increasingly likely that he will be in the dugout on Sunday.

Brendan Rodgers is a target for Newcastle (Image: GETTY)

However, it's been suggested that Newcastle are on the lookout for someone to replace Bruce as they seek to embark on a new journey.

It is claimed that Newcastle will have to fork out £13.5million to buy Rodgers out of his contract at Leicester, a measly sum for PIF who are estimated to be worth in the region of £320billion.

Newcastle's new owners though may have a hard time convincing Rodgers to leave his current position.

Solskjaer could get the Man Utd sack because of Newcastle takeover

Steve Bruce is still holding onto his job at Newcastle (Image: GETTY)