Could Manchester United use a back 5 against Leicester?
Caught Offside 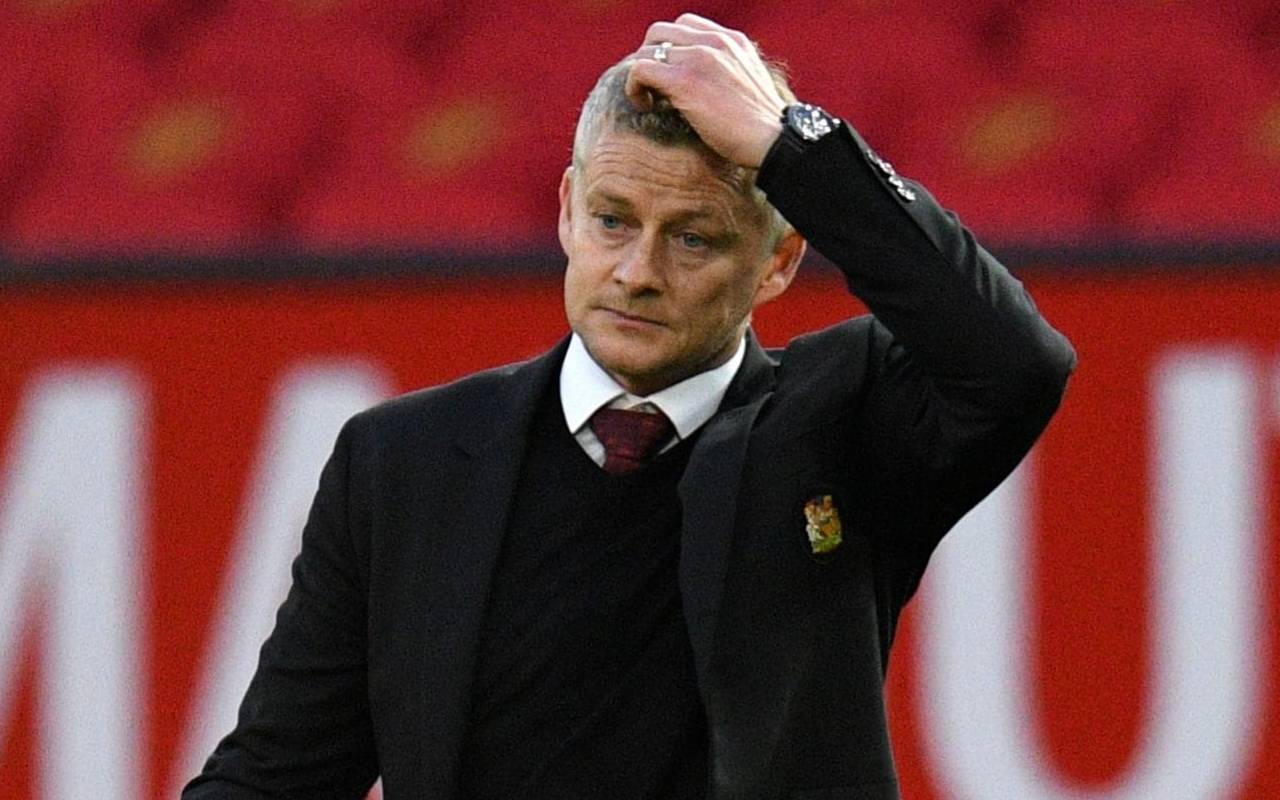 Coming out of the second international break of the season, Manchester United have been dealt another massive injury blow ahead of a tough run of fixtures.

It has been confirmed that France centre back Raphael Varane was injured in France’s Nations League victory over Spain and will miss a few weeks due to the injury.

This means that The Red Devils centre-back situation has gone from bad to worse, with Captain Harry Maguire already on the sidelines through an injury he sustained against Aston Villa.

With third and fourth choice Victor Lindelof and Eric Bailly the only two fit remaining central defenders for United, could manager Ole Gunnar Solskjaer mix up the formula with a back five against Leicester City?

If you could use two words to describe Manchester United’s current squad balance, you would not be wrong to label it as ‘top-heavy’.

United are in the unique position of being the only team in last seasons top eight finishers in the Premier League without a standout recognised defensive midfielder, and not addressing the issue once again in the summer has cost them early on this season.

The double-pivot of Scott McTominay and Fred does offer some merits; a pair of mobile screeners who can win the ball in midfield to protect the back four is something any team wanting to be solid defensively would want. But when that pivot is easily dribbled past and outmuscled in midfield (as seen for Everton’s equaliser in the last game against United), there is something fundamentally wrong.

Furthermore, when neither player is adept with ball progression the problem becomes even worse.

While Fred will be unavailable to play against Leicester due to travelling back from International duty, McTominay will be fit to start. However, he is not currently capable of being the sole water carrier of a team and this could be exposed against Leicester if Solskjaer chooses to deploy a back four with him as the lone holder.

This may prompt a recall for veteran Nemanja Matic, who, contrary to Fred and McTominay is far more comfortable on the ball and breaking the lines of press with an incisive pass. What the 33-year-old now lacks, is the mobility to be a proper defensive midfielder as he is unable to plug the gaps that are constantly created by fast-breaking teams in the Premier League.

Leicester feature a number of quick players including a resurgent Jamie Vardy, who is notorious for getting in behind teams and terrorising the backline with his pace.

This begs the question – how could an already fragile defence counter this?

Is a back five tangible?

While Solskjaer may ultimately choose to stick with a back four and trust his squad to be solid and able to simply score more goals than they concede (which is possible given the arsenal they have upfront), he may also adopt an approach that he is no stranger to: a back five.

Solskjaer has deployed a back five in previous games and it has worked brilliantly, with one of the best performances in this system being used against Manchester City at Old Trafford just before the pandemic.

But if he did this, who would play where?

Well, there are a number of options.

Firstly, he could choose to use McTominay as an auxiliary centre back – a position he’s played with the Scotland national team. Secondly, Luke Shaw or Aaron Wan-Bissaka could drop into the back three with either Alex Telles or Diogo Dalot coming into the wingback position to provide a more attack-minded presence. Or thirdly he could play Matic as the auxiliary centre back, though this is the least likely if this path is pursued.

Let’s take a look at the two most realistic ones on paper:

Of the two most realistic scenarios if United choose to lineup in a back five, they could easily use a two striker system or sacrifice the natural positioning of 10 and allow a deeper midfielder to roam more.

United used two striker system’s to great effect when Solskjaer took charge as interim manager, winning 5-1 against Cardiff City in his first game and then using a 4-4-2 to beat Paris Saint-Germain in Paris in what was one of the great European comebacks.

In reality, the attacking system of the team, whether it uses wingers or goes for a two-man strikeforce, can be lifted and put onto the other lineup, so this is not a problem.

The problem is how best to counter their opponent and then set up a team that can be solid while threatening going forward.

For comparison, Chelsea have typically deployed a back five with a wingback and quick centre back since the arrival of Thomas Tuchel, and it has worked to great effect.

Whatever Solskjaer chooses to do will no doubt cause controversy, and unless his team get the result and performance some fans are after, there is likely to be pressure and calls for his removal regardless of injuries or result.