Morgan: We Have Time To Recover
LCFC Official Site 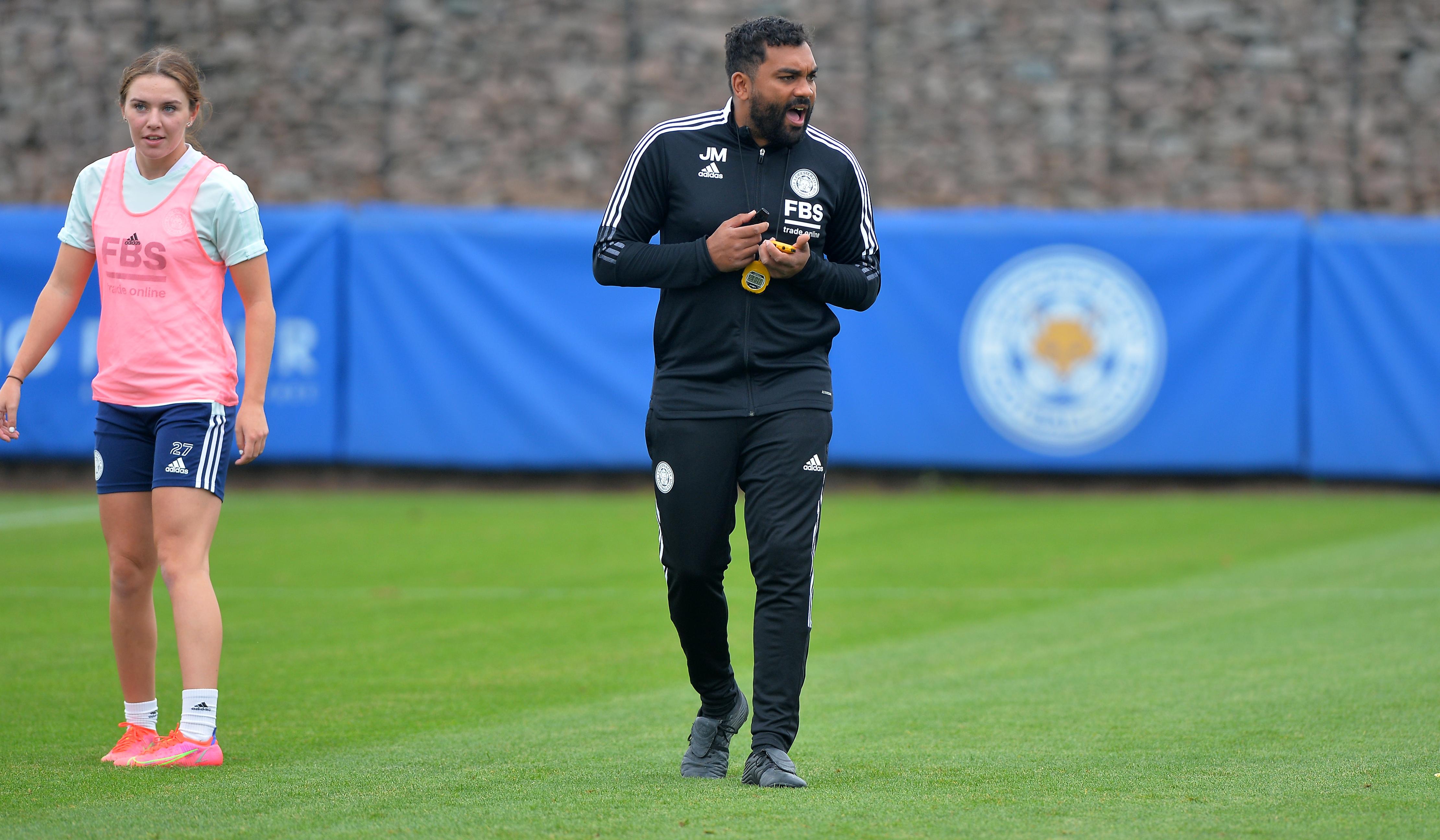 - LCFC Women return to King Power Stadium this Sunday, facing Tottenham Hotspur
- The Barclays FA Women’s Super League fixture is a 2pm kick-off on Filbert Way
- Jonathan Morgan spoke to the national media in his pre-match presser on Friday
- The manager revealed he has instilled several messages to the team ahead of the clash

A 6-0 reverse against Manchester City in the Vitality Women’s FA Cup in midweek followed on from defeats at the hands of Aston Villa, Manchester United and West Ham United in the Foxes’ maiden three top flight fixtures.

Naturally, Morgan’s main priority remains trying to put those first points on the board to start climbing up the Barclays FA Women’s Super League table, but he revealed everyone is remaining composed at Belvoir Drive.

“We want to move on to the next game and that’s our focus now,” he told the media via Zoom in Friday’s pre-match press conference. “It’s just three games in the WSL and there’s been a lot of learning to make us competitive for Spurs.

“The girls are naturally disappointed with the first three results, but I said to them: ‘It’s just three results’. Come Sunday, we get to start again.

LCFC Women defender Abbie McManus speaks to the media ahead of Sunday's clash with Tottenham Hotspur Women on Filbert Way.

“We’re so lucky that we’re in a sport and an industry where every week you get a chance to correct your wrongs from the previous week and that’s what I’ve made them focus on. We know we went wrong last week and the week before. We will make sure now that we correct those wrongs for Spurs.

“We’ve worked really hard after the Man City game and we had a fantastic first half against them. We’re hoping we can use that first half as our platform to go in against Spurs.

“We have a squad and we have to believe in that squad. Every single one of the squad believe in each other. Just because we’ve gone through a bad spell, it doesn’t mean all the hard work behind the scenes goes away. We’ll continue to work as hard as we can.”

The LCFC Women manager reserved plenty of praise for his opposite number Rehanne Skinner and the work that she and the Tottenham players have done to enjoy such a fruitful run of form so far in 2021/22.

The Lilywhites hold a 100 per cent record in the league heading into the clash on Filbert Way, winning all three of their fixtures, including a shock away victory over Manchester City at Academy Stadium.

We have the added benefit of having the fans in and that’s going to make a massive difference just hearing them all just cheering us on. We’re looking forward to it again on Sunday.

They did, however, fall to a 5-1 defeat against Arsenal in the FA Cup in midweek, a sign that there could be opportunities to exploit Spurs’ defence, but the Foxes must also concentrate on conceding far fewer chances, and goals, at the other end.

“Spurs have got some fantastic individual players,” Morgan explained. “They are quick on the counter. They have got some very quick, attacking players and we think that could also possibly be their downfall.

“If we allow that space to be given to them, we think we can exploit spaces elsewhere on the pitch, which is what we’ve been working on. But we’re just focusing on making sure we are mentally resilient for this game.

“When it rains it pours with us when it comes to goals. We are very much aware of that and so, from our first point of view, we have to make sure that we can remain resilient throughout the whole game. We can’t let ourselves drop because something goes against us.

“What they are showing is consistency. Spurs are probably the in-form team at the minute. The set up there has made them more consistent and they are able to compete with Man City by playing their way and that’s fair play to them.”

Leicester will be backed by a sizeable home crowd once more on Sunday and Morgan believes that will create another special atmosphere when Tottenham arrive on Filbert Way.

He added: “We will always go into every game thinking we can pick up points. But at the same time, we also have to be very realistic. We’ve just got to work hard, be positive and focus on our strengths and make sure that we can implement our game style at home on Sunday.

“We have the added benefit of having the fans in and that’s going to make a massive difference just hearing them all cheering us on. We’re looking forward to it again on Sunday.”

Tickets for the game at King Power Stadium are priced at £7 for adults and are available to purchase online, HERE.