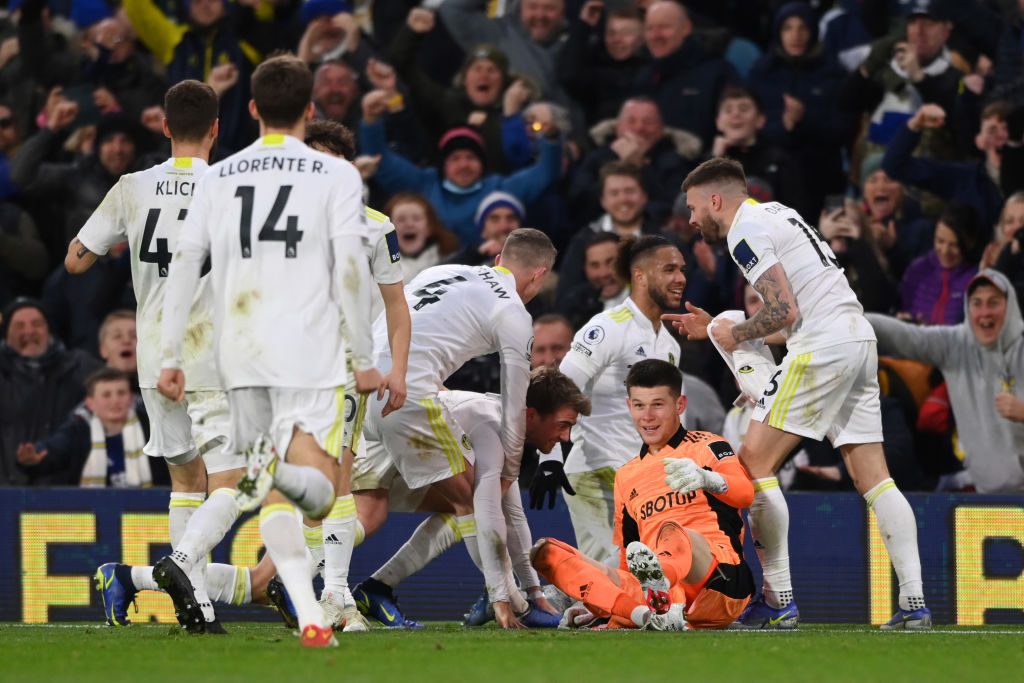 Leeds fans have taken to Twitter to react after the Club posted a tweet about Illan Meslier, following the 2-2 draw against Brentford.

Well, after appearing against the Bees, Meslier has now amassed 50 Premier League appearances for Leeds.

In doing so, the 21-year-old became the youngest goalkeeper in Premier League history to reach 50 appearances.

Luckily for him, the Frenchman was able to mark the occasion by having a fantastic view of Patrick Bamford’s late equaliser, after Meslier went up for the corner.

Leeds could have Europe’s best in Illan Meslier

Throughout history, there have been few 21-year-old goalkeepers in the Premier League starting on a weekly basis, let alone delivering the level of performance Meslier is.

Despite his age, the Leeds No.1 is commanding, aerially dominant, great with his feet and has otherworldly reflexes.

Meslier is close to the full package, which is hard to believe given how young he is – Leeds have a genuine wonderkid.

Should he avoid injury and continue to play Premier League football on a weekly basis, we see no reason why he can’t become the best goalkeeper in Europe in a few years.

Victor Orta, take a bow – you found a gem.

For now, let’s see what the Leeds fans on Twitter have been saying about Meslier…

He’s so good it’s actually scary how young he is still for keeper https://t.co/78Na5wRwTs