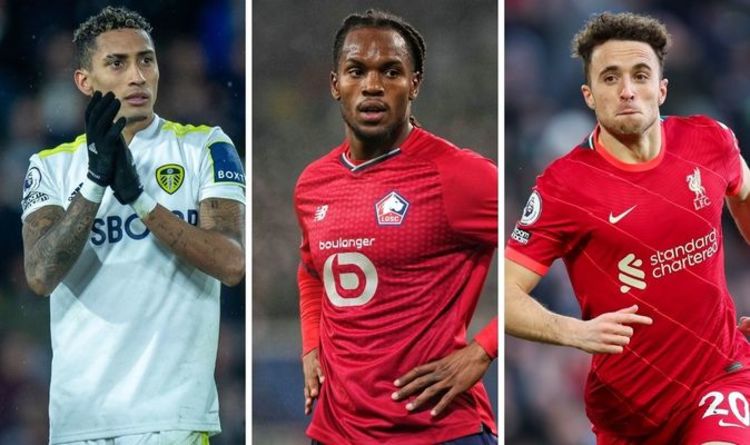 Liverpool tried to replicate the same recruitment model that saw them land Diogo Jota from Wolves during this summer's transfer window but their advances struggled to bear fruit. The Reds are now seeking to continue operating beneath the radar in the transfer market but targeting players that are not already stars - much like Jota.

While the Portuguese forward caught the eye during his time at Wolves, eyebrows were initially raised when Liverpool made a shock swoop for his services, similarly to Sadio Mane back in 2016.

But it wasn't long before the deal looked like a masterstroke as Jota came off the bench to net on his Liverpool debut against Arsenal at Anfield.

The now 25-year-old went on to net 13 times in all competitions for the Reds last season before a knee injury halted his stunning start to life on Merseyside.

Now Liverpool are looking to use the Jota deal as inspiration when future recruitment is concerned, by targeting players that have the potential to explore.

And according to Fabrizio Romano, Raphinha and Renato Sanches were two players on the agenda before the start of this season but the transfers failed to materialise.

“The model of the deal has always been Diogo Jota – right moment, right price, and this kind of negotiation is the one Liverpool wanted,” Romano told Empire of The Kop.

“It was not possible because, as you mentioned, Raphinha was one of the first players they had on their list but Leeds were asking for a lot of money and so it was impossible to negotiate and sign the player during the summer.

“Same for other potential ideas because, for example, Liverpool always had Renato Sanches in their minds as a potential midfielder to sign to replace Gini Wijnaldum but it was never close.

“It was never close or one step away from being completed as it was reported in some countries.

“Just because Liverpool knew the price was £40-45m, which in their opinion was too much of a price for Renato Sanches.”

“Raphinha has become an important player in the Premier League, the club knows he has grown and things will happen naturally,” he told Globo Esporte.

Diogo Jota has been a revelation since signing for Liverpool from Wolves (Image: GETTY)

“He is young, he has many challenges ahead. There are certainly several clubs that like him, and Liverpool do like him.

“There were enquiries [in the summer], but nothing official. Leeds wanted to keep him for another season.”

Leeds are reluctant to cash in on Raphinha, who cost just £17m in a bargain deal from Rennes in 2020.

Meanwhile, Sanches has been given the green-light to leave Lille, permitting the offer is right as the Ligue 1 champions combat financial issues.