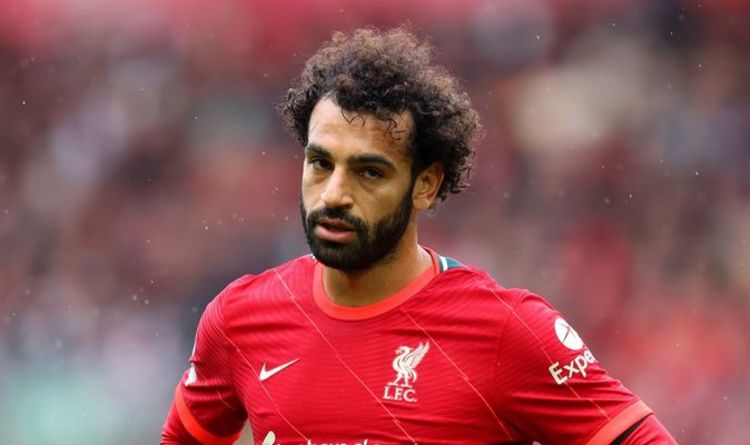 Liverpool forward Mohamed Salah has urged the club’s ‘management’ to resolve his contract situation. The star’s current deal expires in 2023 which means the Reds have just a year to agree fresh terms before Salah can sign a pre-contract agreement with a foreign club.

Salah’s 2017 arrival at Anfield coincided with the beginning of one of the most successful periods in Liverpool’s history.

The Egyptian’s goals have fired Jurgen Klopp’s side to a Premier League and a Champions League title.

Salah has 19 goals in all competitions this season and his 13 Premier League strikes makes him the division’s top scorer. He has bagged a staggering 144 goals in 233 appearances for the club since his transfer from Roma.

It is incredible, therefore, that the 29-year-old’s future remains unclear. Salah has urged the club to come to a conclusion.

Liverpool star Mohamed Salah has given the club a contract ultimatum (Image: GETTY)

He said: “The decision is in the hands of the management and they have to solve this issue.

“There is no problem but we have to reach an agreement for the contract. It's up to them.

“Your financial value shows how much the club appreciates you and that they are ready to do anything for you to stay, but the decision itself is not based on those financial matters only.”

Express Sport looks at three players who could replace Salah if he completes a sensational departure.

Leeds’ Raphinha has been one of the stars of the Premier League since his arrival from Rennes in 2020.

The Yorkshire club paid just £15m for the wide man and would surely go close to tripling that sum if they eventually decide to sell the Brazilian.

Raphinha would be a natural replacement for Salah because he is at his best moving inside from the right and onto his preferred left foot.

The 24-year-old has scored 12 times in 44 appearances for Marcelo Bielsa’s side, including a 95th-minute winning penalty against Crystal Palace last week.

Liverpool have been widely linked with Raphinha but it would take a huge fee to prise the player away from Leeds.

In March, the Daily Star reported that Liverpool, alongside Manchester United, were monitoring Pulisic’s situation as he struggled for game time at Chelsea under Thomas Tuchel.

Nine months on, Pulisic’s is still trying to fight his way into Tuchel’s preferred 11.

Coronavirus and then an ankle injury kept the American out for the best part of three months. It was a frustration for Pulisic because he had started the season by scoring against Palace on the opening day.

The 23-year-old has played in Chelsea’s last five top-flight matches but there has been just one start.

Pulisic was at Borussia Dortmund when Klopp was head coach of the Bundesliga side, but he did not make his first-team debut until after the German’s departure.