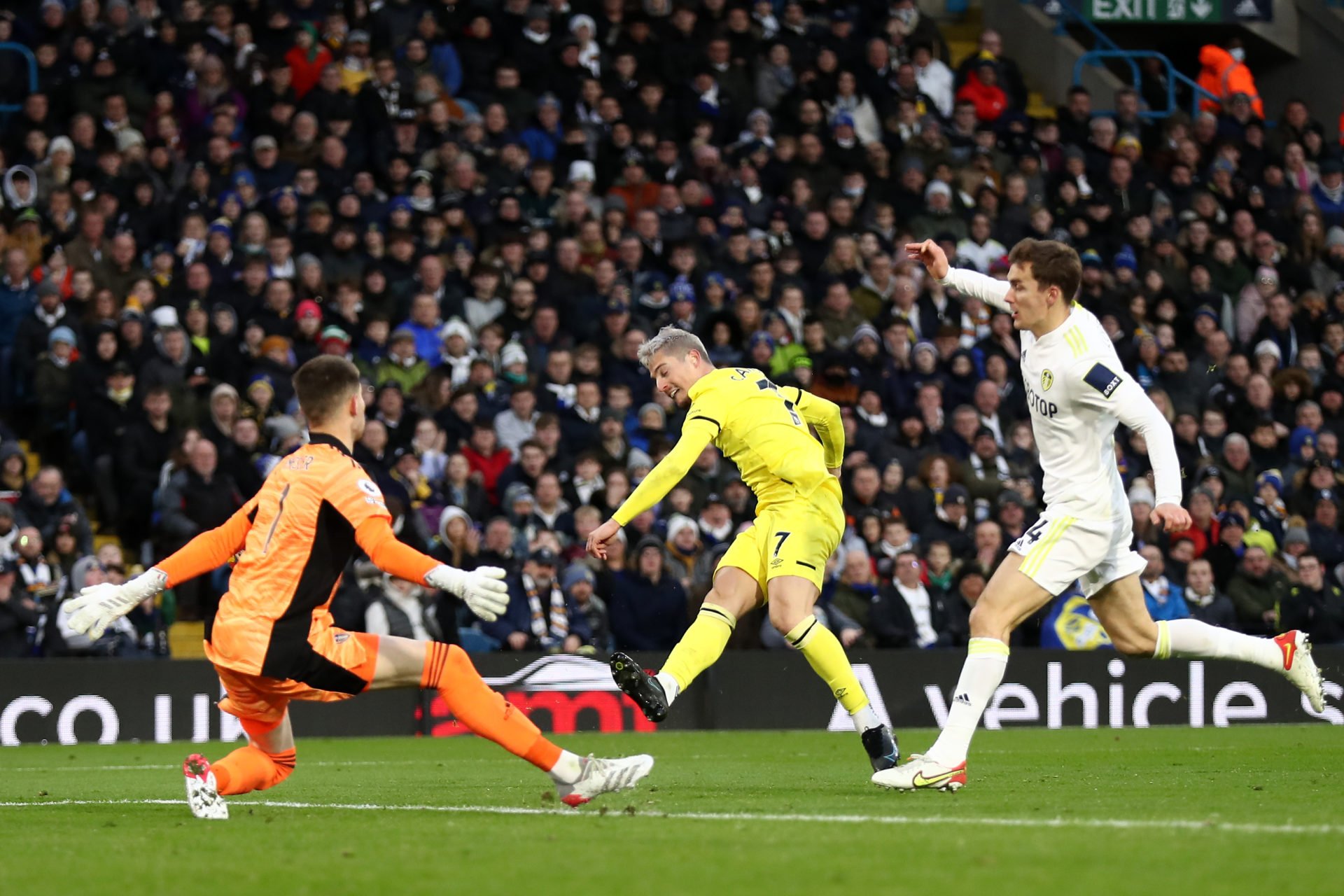 Simon Grayson has stated that Sergi Canos caused ‘unrest’ with the Leeds fans because of his celebration on Sunday, as he told Sky Sports News (05/12/21 at 3:25 pm).

When Brentford took a 2-1 lead during yesterday’s game, Canos ran over towards the corner flag and started to wind up the Leeds supporters.

Understandably, they weren’t having any of it and they reacted by making their feelings pretty clear towards the player.

At the end of the day, they had the last laugh because Patrick Bamford came off the bench to score a late equaliser for them.

But this is what Grayson had to say about Canos’ goal and his actions straight after.

“They started the second half really well,” said Grayson. “Canos had a chance at the far post, he should have scored.

“Then literally, two minutes later, it’s a great move by Brentford. Baptiste gets it, he plays it to Mbembo, who then comes inside, plays a loverly-weighted pass to Canos, who slots it past Meslier into the bottom corner.

“We just saw Canos go off to the corner to celebrate. It looked like there was a bit of unrest from the Leeds towards him.”

That’s back-to-back games where Leeds have scored stoppage-time goals and the third time they have done so at home this season.

The Leeds faithful will be hoping it becomes a norm during this campaign because it would give them that bit of edge if a game is going away from them.

But the best thing Leeds would have taken out of yesterday was the return of Bamford.

Given the small squad Marcelo Bielsa likes to work with, the injuries they have suffered have hurt them most compared to others, but their key players are now back during a crucial festive period.

In other news, 'Wow', 'No way': Arsenal fans can't believe what Ramsdale has done now