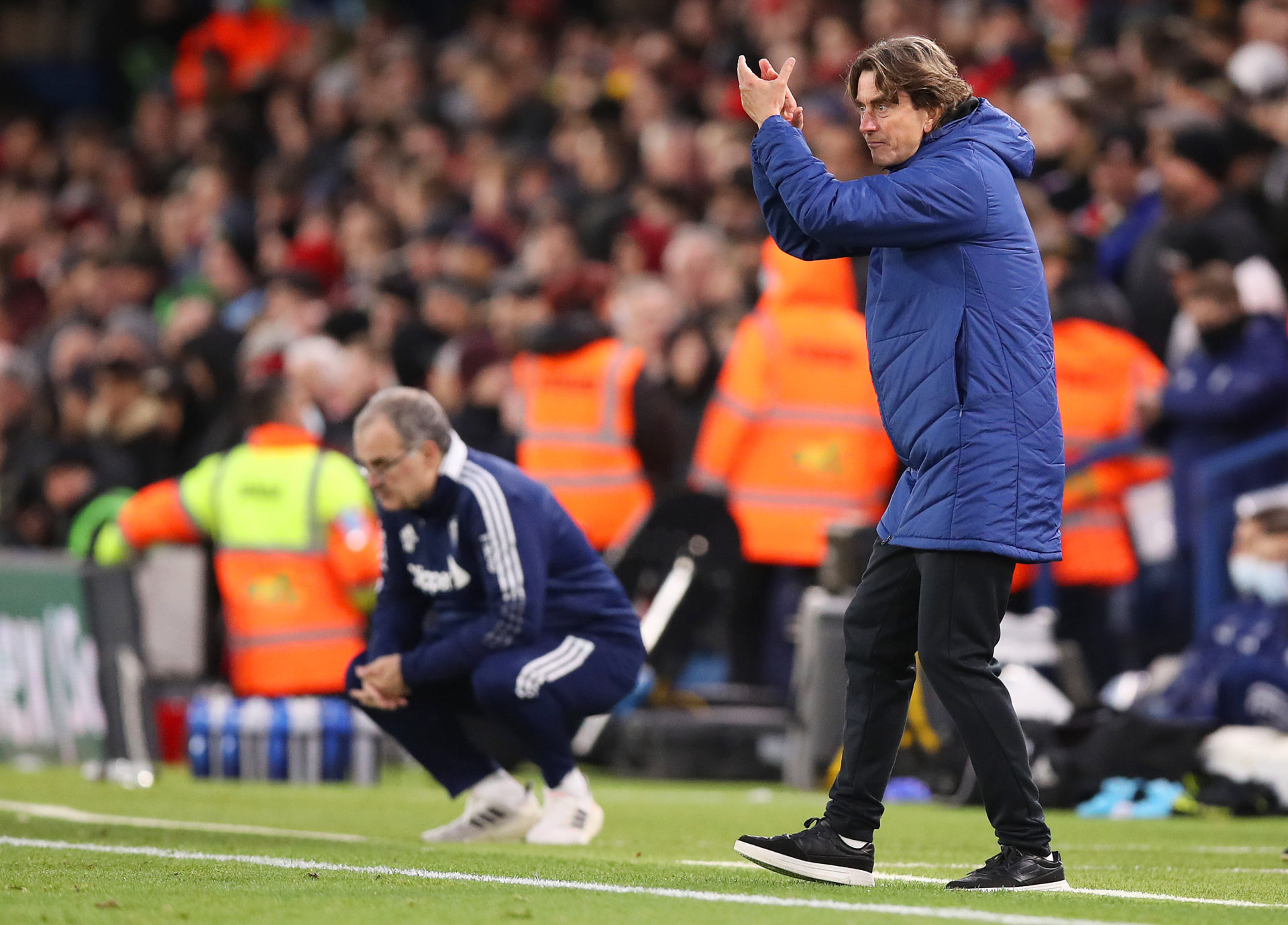 Another game at Elland Road for Leeds and another stoppage-time goal, this time via the returning Bamford.

The Englishman has been out of action for several months, but he returned with a bang by rescuing Leeds, who recorded a 2-2 draw against the Bees.

Last week, it was Raphinha sending the Leeds fans into party mode when his stoppage-time penalty helped the Whites beat Crystal Palace 1-0.

And whilst it wasn’t a winning goal yesterday, it would have felt like one inside Elland Road.

This is what Frank had to say about the Whites supporters after the match and their celebrations.

“These moments is why it’s so tough to be in this beautiful game,” said Frank.

“Likewise, I am pretty sure the Leeds fans felt that like a win from their celebrations, which they should do.

“Of course, that’s how it is when you have a late equaliser.”

Given the indifferent season Leeds are having, their performances and results at Elland Road might just prove to be the big difference in them staying out of trouble.

At this moment in time, Leeds will still be looking over their shoulder given the nature in which they have performed.

But with Bamford back on the pitch, surely the only way is up because the fans have been craving to have Raphinha, Bamford and Kalvin Phillips out on the pitch at the same time.

Well, they are going to get their wish on a regular basis during this hectic period, which could see Marcelo Bielsa’s side push up that Premier League table.

In other news, 'It's still mental': Newcastle fans react to hearing PIF are in 'advanced talks'