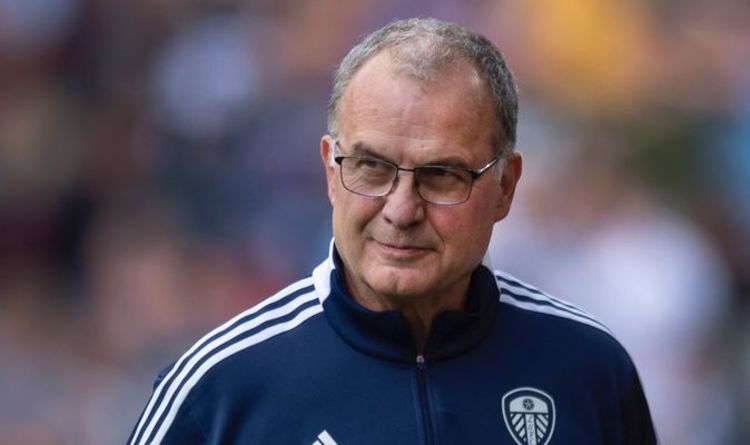 Leeds are reportedly set for a full takeover by the investment arm of NFL side San Francisco 49ers but the deal has a hitch that could see the purchase fall apart. 49ers Enterprise are supposedly expected to buy the club by January 2024.

The fund controlled by the NFL franchise currently owns a 44 per cent stake in the Premier League club.

They initially owned 10 per cent when they first became involved with Leeds in 2018.

Majority shareholder Andrea Radrizzani bought the Yorkshire outfit for £45million in 2017 and it is understood that the valuation has increased 10-fold in just four years.

That has been helped by the incredible form under Marcelo Bielsa. The Argentine has lifted Leeds from a mid-table Championship side to one comfortable in the top-flight.

A takeover has a deadline of January 2024 but it might be rendered void by a hidden clause.

JUST IN: Sir Alex Ferguson's transfer appeal to Man Utd board could pay off

According to The Athletic, who have broken the story, 49ers Enterprise will not be able to complete a purported £475m purchase if Radrizanni’s company Aser were to buy another club before the deadline.

However, the report continues that a buy-out might actually happen sooner.

The deal also includes the purchase of Elland Road, which Radrizanni bought for £20m upon his 2017 acquisition.

The club’s famous stadium had been out of its control since 2004.

Leeds scored yet another added-time goal to secure a point against Brentford on Sunday.

Some fans have been frustrated at the club’s start to their second season at Premier League level since 2004.

However, Bielsa’s side are now up to 14th following their successful week.

The former Athletic Bilbao boss is starting to welcome back several key players from injury, including last season’s top-scorer Bamford.

The England forward, who scored 17 league goals last term, had been absent since September with an ankle injury.