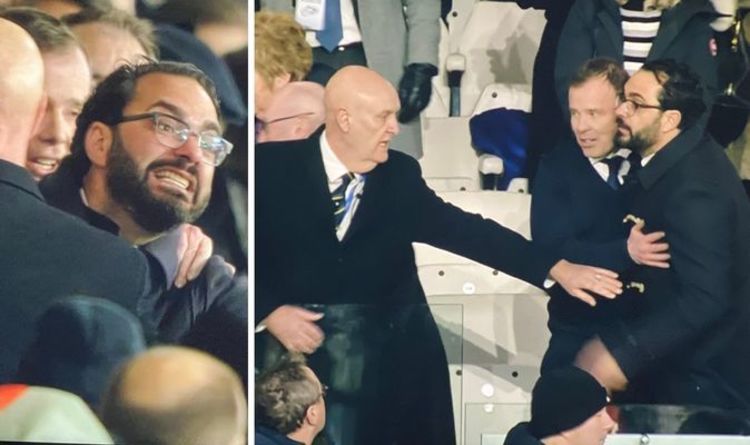 Leeds director of football Victor Orta had to be held back (Image: Sky Sports)

Leeds director of football Victor Orta had to be held back after completely losing his temper in the director's box after the Whites snatched a draw with a 95th-minute equaliser against Brentford. Marcelo Bielsa's side looked to be heading for defeat before Patrick Bamford marked his return to action with a late goal to earn the hosts a point.

Yet despite the feeling of relief, tensions boiled over in Yorkshire as Orta was spotted losing his rag at the full-time whistle.

Cameras panned to Orta, who was furiously ranting and pointing further along the stand.

But Orta wasn't prepared to let whatever upset him go lightly as he tried to move towards the perpetrator.

He was later restrained by Angus Kinnear, who did not want Orta to land himself in hot water.