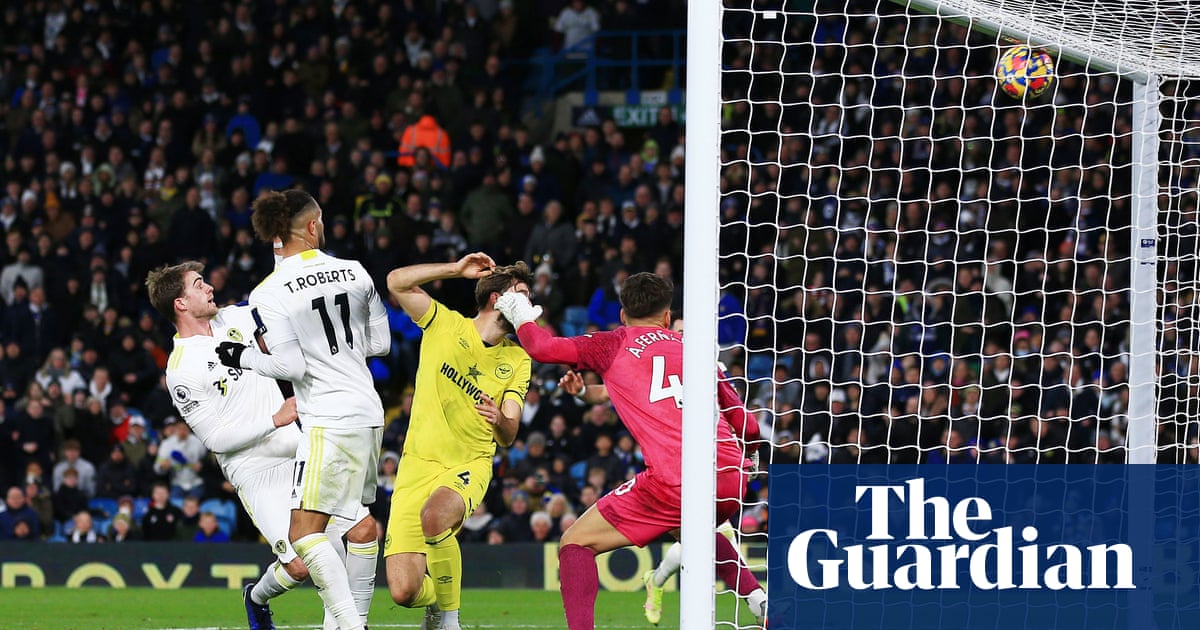 Leeds did not require proof that they had missed Patrick Bamford but they could welcome it when it arrived. As the striker and Luke Ayling, who had both been sidelined since September, made their comebacks, they combined for a goal to spare Leeds a damaging defeat.

Raphinha’s 95th-minute corner was flicked on by Ayling. Bamford stuck out his left knee to level. He left Elland Road with his name reverberating around it and Brentford’s normally upbeat manager Thomas Frank looking despondent. His side were so close to a win that would have come against the odds.

For Leeds, whose problems stretched from chaotic defending to disorder in the stands when a celebrating Sergi Canós was struck by a plastic bottle thrown by the home fans, Bamford ensured a happy ending to a fraught day.

Leeds had squandered an advantage. Brentford had lost five of their previous seven league games, had two fewer days to prepare and were already shorn of their top scorer. Ivan Toney had tested positive for coronavirus and Brentford could have been forgiven for feeling sorry for themselves when they went a goal down. But as Michail Antonio can testify, right wing-backs can sometimes turn into rather handy strikers and Canós demonstrated as much. Scorer of an own goal at Tottenham on Thursday, the Spaniard found the right net this time after being relieved of his defensive duties to take on the talismanic Toney’s role in attack as they were galvanised by adversity.

In keeping with Brentford’s humble origins, their comeback had a suitably unlikely catalyst. As recently as 2018, Shandon Baptiste was playing in the National League South for Hampton & Richmond Borough. His only previous league goal came against Lincoln. But when Canos’ cross deflected off Diego Llorente, it fell obligingly for Baptiste, who bobbled a shot in from the edge of the area.

Each was involved again for their second. Canos had missed a simple chance a minute earlier but was undaunted as he completed a slick passing move. Baptiste found Bryan Mbuemo who supplied a cute reverse ball for Canos to spring the offside trap. He rifled a finish past Illan Meslier.

In a game when the stand-in strikers outscored the specialists, Leeds led courtesy of Tyler Roberts, who began up front. If it was a vote of no confidence in Rodrigo, who was Spain’s No 9 last year, Bielsa was vindicated as Roberts scored his first goal at Elland Road in 501 days after Raphinha’s initial cross was cleared by Pontus Jansson.

His second attempt, low and curling, evaded the Swede and was stabbed in by the sliding Roberts. Suitably buoyed, Roberts came close to a second with a rising shot that Álvaro Fernández tipped over. Roberts excelled, showing elusive movement as the false nine, while Ayling had almost struck, too, with a header that Fernández tipped over.

But as they lost first Liam Cooper and then Kalvin Phillips to injuries, Leeds seemed to have lost their way as well as the game. Bamford had other ideas.