‘Leeds fans might be screaming’: Pundit claims ‘strong bid’ will come in for Bielsa player
HITC 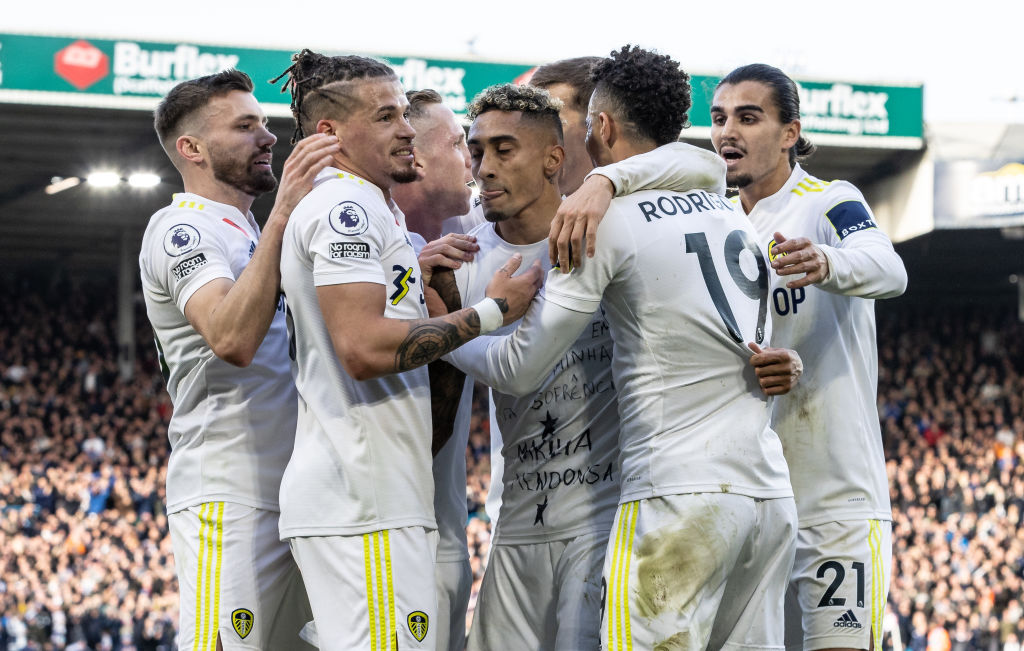 Clinton Morrison has stated that a ‘strong bid’ will come in for Leeds United’s Raphinha next summer, as he told Amazon Prime.

The former Crystal Palace striker stated that Raphinha has ‘so much ability’ in his locker and he is capable of now playing at the Champions League level.

Of course, Leeds aren’t in that position, but they have been before and they will want to reach those heights again now they are back in the big time.

If they keep someone of Raphinha’s qualities, then they will get to those goals a lot quicker.

But Morrison shared that ‘Leeds fans might be screaming’ at him for suggesting that Raphinha could leave.

“He is brilliant,” said Morrison. “He can go to the next level without a shadow of a doubt.

“Leeds fans might be screaming at the TV now by saying ‘don’t try to sell our best player’. But I think he has been their best player, even when Bamford has been in the team.

“He is the one. He has got that X-factor. He can beat people, score goals and create chances. I like him.

“I am going to hold my hand up and say that I didn’t really know a lot about him until he came to Leeds. But he has been outstanding. What a terrific player he is.

“Everyone wants to play Champions League football. And Raphinha is good enough. He has so much ability. I don’t think he will be gone in January, but in the summer, I think a strong bid come in for him.”

It’s six Premier League goals in 12 games for Raphinha this term and he is sky-rocketing towards the top end of high-quality attackers in this league.

Only Mohamed Salah scores more and is more lethal from that right in the Premier League and he is probably the best player in the world right now.

What makes Raphinha’s performances even more special is that it has been a stop-start season for him because of injuries or returning late from national duty.

Then there’s the fact that Leeds are near the bottom of the table and he isn’t exactly playing for a team flying high, so it just goes to show the level of performances he is producing.