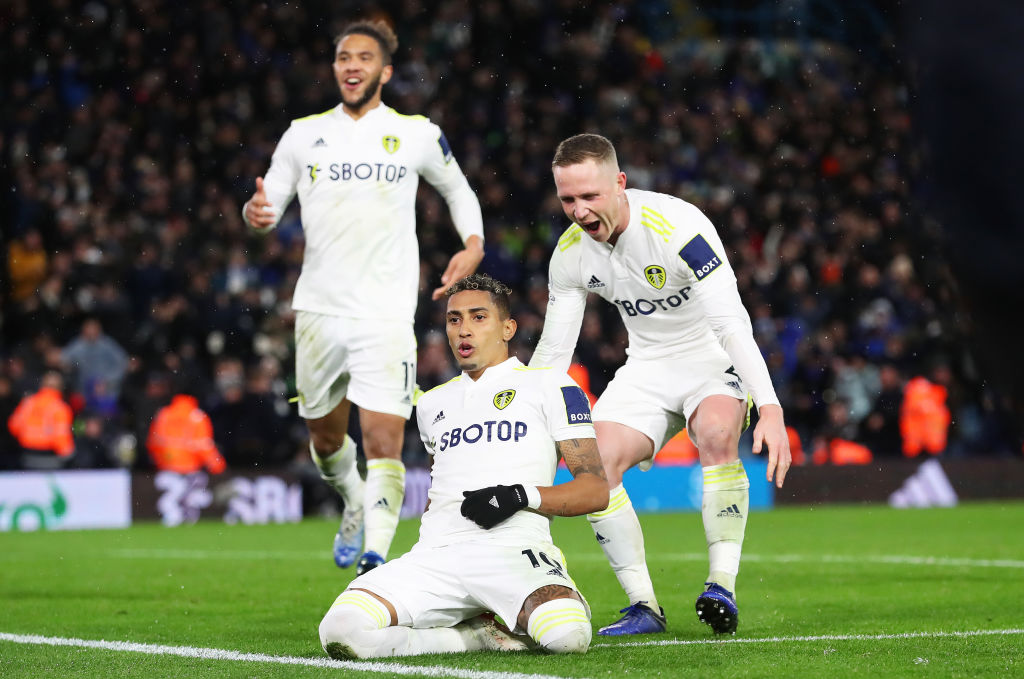 Leeds fans have taken to Twitter to discuss Illan Meslier, after he made a phenomenal save in the 1-0 win over Crystal Palace last night.

Well, after Jordan Ayew fired a dipping ball into the box, Christian Benteke poked a leg out to divert an effort goalwards and wrong-foot Meslier.

However, the Frenchman somehow managed to recover his footing, before turning to sprint and jump on the ball just before it crossed the line.

The 21-year-old’s 80th minute heroics ended up earning Leeds more than just a point, as Raphinha then struck in the 95th minute to secure the win.

One fan described Meslier’s stop as ‘astonishing’ whereas another said they still can’t get their head around it, even after watching the clip 50 times.

It was a truly remarkable moment, and will certainly go down as one of the saves of the season.

In the space of four days, Meslier has almost singlehandedly earned the Whites four points.

The youngster pulled off two exceptional fingertip saves in the 0-0 draw with Brighton on Saturday, and as aforesaid, helped Leeds stay in the game to secure all three points against the Eagles.

The goals aren’t exactly flying in for Leeds, so they need Meslier to be on top form to ensure just one strike can be enough to secure all three points.

Clearly, he understands that, as the former Lorient man really has stepped things up a gear in recent weeks.

It’s scary to think about how good Meslier will be in future, if he’s already performing at this level.

For now, let’s see what the Leeds fans on Twitter have been saying about the 80th minute moment…