Bielsa has some brilliant news for Leeds fans
HITC 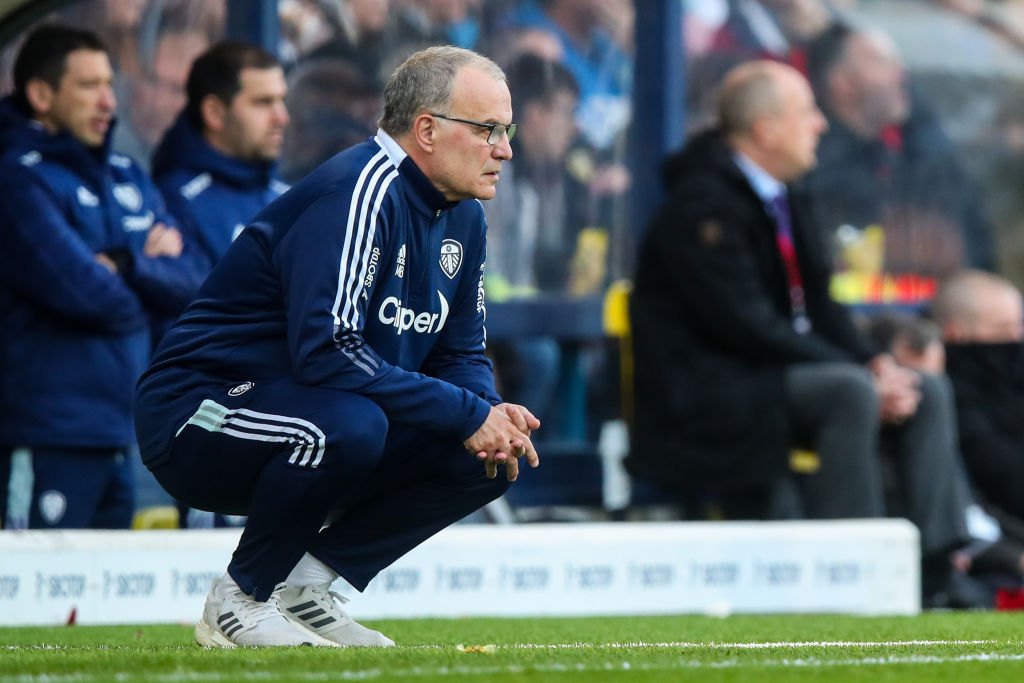 Marcelo Bielsa has confirmed that Patrick Bamford is very close to returning for Leeds United.

The 28-year-old hitman hasn’t kicked a ball for Leeds in any competition since September due to injury.

Having scored 17 Premier League goals last term, Bielsa’s side have been battling relegation without the England international up front.

Raphinha scored a last-minute penalty against Crystal Palace last night for what was the Whites’ third win in 14 games this season, taking them five points clear of the drop zone.

And although Bamford won’t be available for Sunday’s visit of Brentford, Bielsa claims he’s ‘definitely’ back for the trip to Chelsea on Saturday week.

He told BBC Sport after the Palace win: “He played 90 minutes yesterday. Perhaps for this weekend not, but definitely for the following one.”

This really is such a massive boost.

There’s no telling how much more potent Leeds will be in the final third with their best number nine back in action.

December is a gruelling period in English football because the games come thick and fast.

Rotation is key and with Leeds not having a reliable plan-b to Bamford up front, it could’ve been detrimental for the club’s hopes of staying in the Premier League.

But having the former Middlesbrough hitman available for this time of the year is absolutely priceless and it should, in theory, help United propel themselves up the table.

In other news, Bielsa has some brilliant news for Leeds fans