I'd never fall out with Bielsa - Phillips
BBC Sport 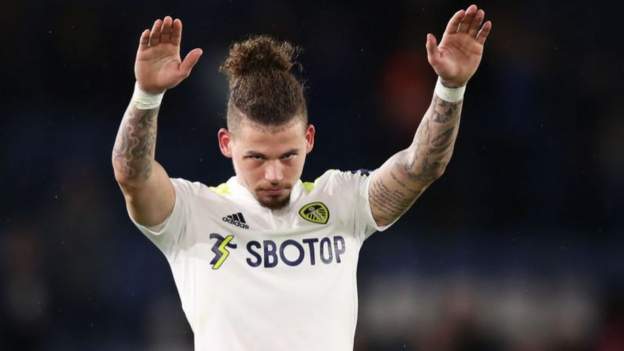 Kalvin Phillips came through the youth system at Leeds

Leeds midfielder Kalvin Phillips says he respects boss Marcelo Bielsa "so much" and they would never fall out.

Phillips says he saw "things on social media and TV" suggesting a dispute after Bielsa took him off at half-time during Saturday's draw at Brighton.

Bielsa insisted afterwards there was no issue and following Tuesday's 1-0 win against Crystal Palace Phillips also moved to quash any rumours.

"I respect him so much, I would never fall out with him," Phillips, 25, said.

"When people are saying that, you kind of get the fans thinking something's not right, but that's not the case so I just want to put that one to bed.

"It's never been the case and I wanted to put that to bed."

England international Phillips, predominantly a midfielder, has also been asked to play in central defence at times recently by Bielsa.

"As long as I am playing, I'm not bothered."