Posted Friday 28th January 2022 on Through It All Together

Police statement as cyclist hit by van in serious condition

Leeds obsessed with Brennan Johnson, they know "everything" about him

Leeds in 'market duel' for player - €3.5m bid made, offer more than competition 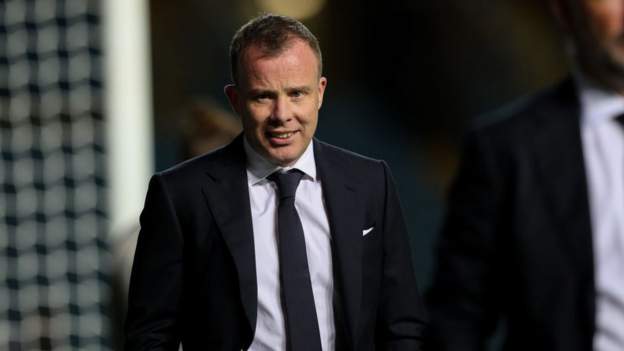 Some recommendations put forward by a fan-led review into English football are "as flawed as they are radical", says Leeds United chief executive Angus Kinnear.

Key among them is a move to establish an independent regulator for the English game, a move the government has already "endorsed in principle".

Kinnear said it is hard to see the "value" a regulator would have.

In his programme notes for Leeds' Premier League fixture with Crystal Palace on Tuesday, Kinnear said some of the 47 recommendations - such as increased supporter consultation, renewed focus for the women's game and improving equality and diversity - will receive "almost unequivocal support".

But he said the demand for independent regulation and an increased transfer levy to redistribute extra funds further down the football pyramid were proposals that were "as flawed as they are radical".

"These proposals have been conflated to address the very separate issues of the demise of Bury, the threat of the European Super League and the takeover of Newcastle United," Kinnear wrote.

"It is hard to see the value an independent regulator would have added to the perceived issues.

"On the recommendations around financial redistribution, it seems to have been conveniently forgotten that the Premier League distributed £1.5bn to the wider football pyramid in the last three years, with a further commitment for another £1.6bn in the next three.

"I don't believe there is any industry where its biggest entities donate at anywhere near that level to both their aspiring competitors and their community.

"There is already a 4% levy on transfer fees which is distributed between a player pension fund and academy investment. Football is a private sector business and has flourished that way."

'A reward for incompetence'

Kinnear believes teams lower down the English football pyramid do not need their "means artificially inflated" but "need to live within them", adding such a move "will not make the English game fairer" but "will kill the competition which is its very lifeblood".

He added: "Redistribution of wealth will simply favour the lowest common denominator. Clubs who excel in recruitment, player development or commercial enterprise will be punished, while less capable ownership will be rewarded for incompetence."

Under the proposals put forward by the fan-led review, the new independent regulator (IREF) would oversee financial regulation in football and establish new owners' and directors' tests.

The 47 recommendations can be condensed into 10 major points, which also touch on the women's game, financial distribution through the pyramid and fan consultation on key off-field decisions at clubs.

Former Manchester United and England defender Gary Neville has been an advocate for the creation of an independent regulator and said the fan-led review was "an opportunity for the game to come together and unify instead of acting in self-interest and greed".

Last week Premier League chief executive Richard Masters told BBC Sport the organisation is "open" to a regulator but added that there were some "pretty radical proposals there that need to be thought about".

His view has been echoed by the likes of Crystal Palace chairman Steve Parish, who said some could create "a grave danger of huge unintended consequences that could make the game worse in the long run".

Aston Villa chief-executive Christian Purslow stressed a need to be "very careful as we contemplate reform that it does not ultimately damage the game".